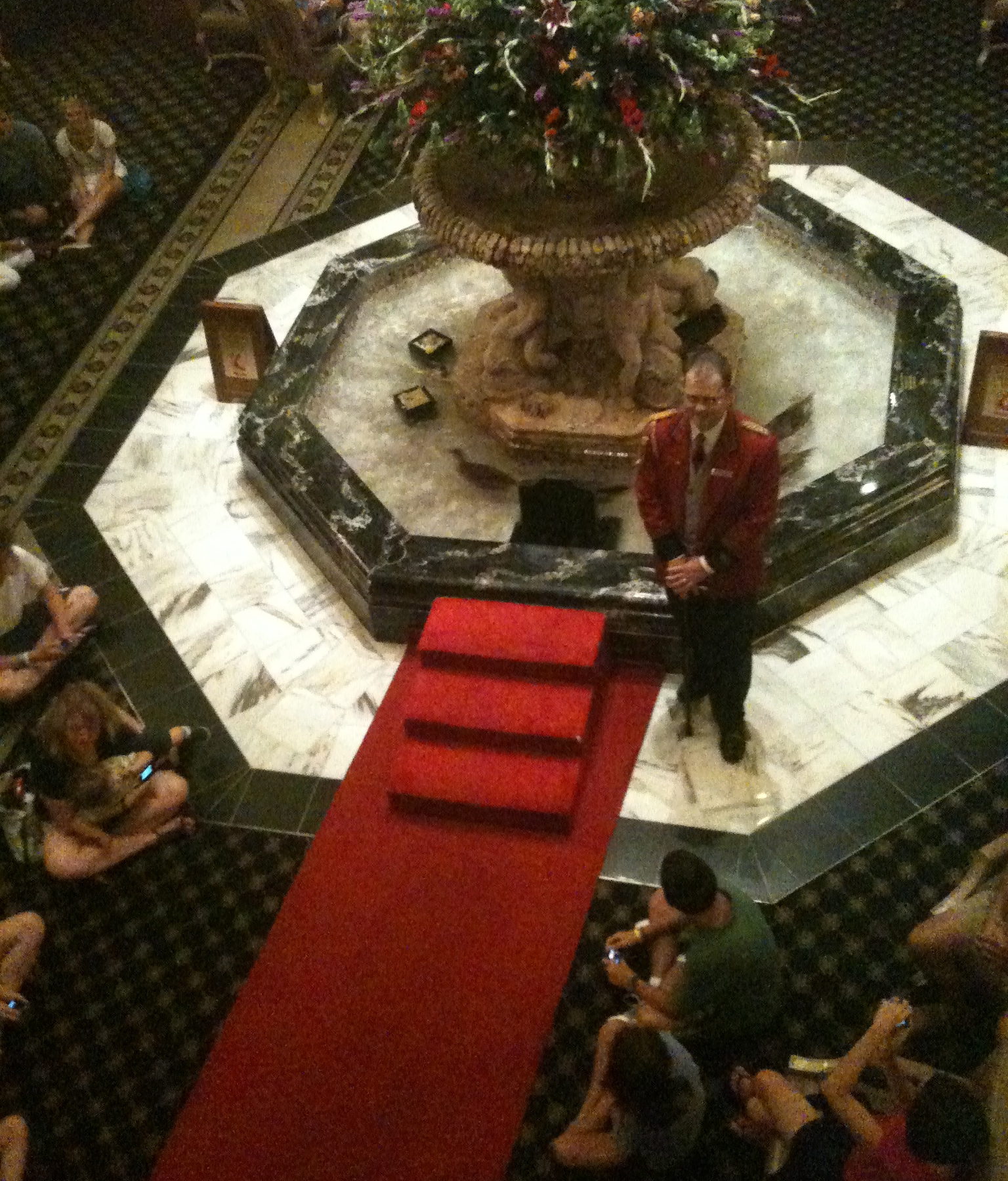 A trip to Memphis, Tennessee is not complete unless you gather at the grand Peabody Hotel around 4:00 pm to get a front row seat in the resplendent lobby for the Duck March.  There is a balcony overlooking the “parade” if you are a late arriver.  The anticipation builds as the “Duck Master” tells the story of how the ducks came to live in the hotel.  Some pranksters decided that instead of live decoys swimming in the hotel’s fountain, they would replace them with mallard ducks.  They floated to stardom from the start.

The crowd leans closer.  The red steps draw near.  Then when the music starts the ducks stop their circular laps in the Hotel’s fountain and file one by one down the red carpet steps.  The crowd is charmed.  The ducks walk down the steps and so well trained as they are, they pause in the middle of the red carpet for pictures! Then the paparazzi swarm.

The cameras click. “Oh darlings, we really must go,” they tell their adoring fans.  They waddle to the elevator.  “Rooftop please.”  Their home is the marble laid Duck Palace from where they descend at the comfortable hour of 11:00 am to begin their daily constitution until the crowds pack in.

The beautiful flower arrangement is replaced each night while the hotel’s guests and residents sleep.