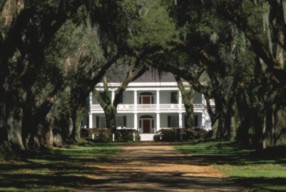 “The Garden Diary of Martha Turnbull, Mistress of Rosedown Plantation,” Edited and Annotated by Suzanne Turner

Magnolia is the quarterly publication of the Southern Garden History Society.  You can access it online at http://www.southerngardenhistory.org.  Peter Hatch’s review of the book “The Garden Diary of Martha Turnbull, Mistress of Rosedown Plantation” edited and annotated by Suzanne Turner appears under the Resources section, Book Reviews.

“Rosedown today,” explains Peter Hatch, Director of Gardens and Grounds at Monticello, “represents the iconic Louisiana Plantation with its Greek Revival Architecture, live oak avenue and parterre gardens.”  The plantation of 3,455 acres with hundreds of slaves was acquired in 1834 by Martha and Daniel Turnball.  Mr. Hatch notes that Martha as a Philadelphian would be well versed in horticulture.  She put that knowledge to good use in growing vegetables and fruit at Rosedown.

Suzanne Turner’s book is a compilation of  Martha Turnball’s garden diaries both before the Civil War and after she returned to her ravaged home. Martha was indefatigable.  Near penniless and widowed after the war she eked out a living with a “truck patch”.  Her diaries as noted by Mr. Hatch depict a woman without yesteryear’s means taking “three trips to St. Francisville (to sell her produce which) yielded a paltry $4.40.”  Author Suzanne Turner shows the love Martha had for her garden. “One marvels at both Turnbull’s unrelenting persistence and the life-confirming comfort she found in the gardening process,” Ms. Turner writes. Martha’s garden knowledge was vast.  Garden diaries’ entries include how to scrape moss from a tree, how to graft the Southern camellias and how to plant onions with roses.

Mr. Hatch says, “Hats off to Suzanne Turner for unveiling a neglected part of our garden history “  …. a garden created by a Southern American 19th Century woman.