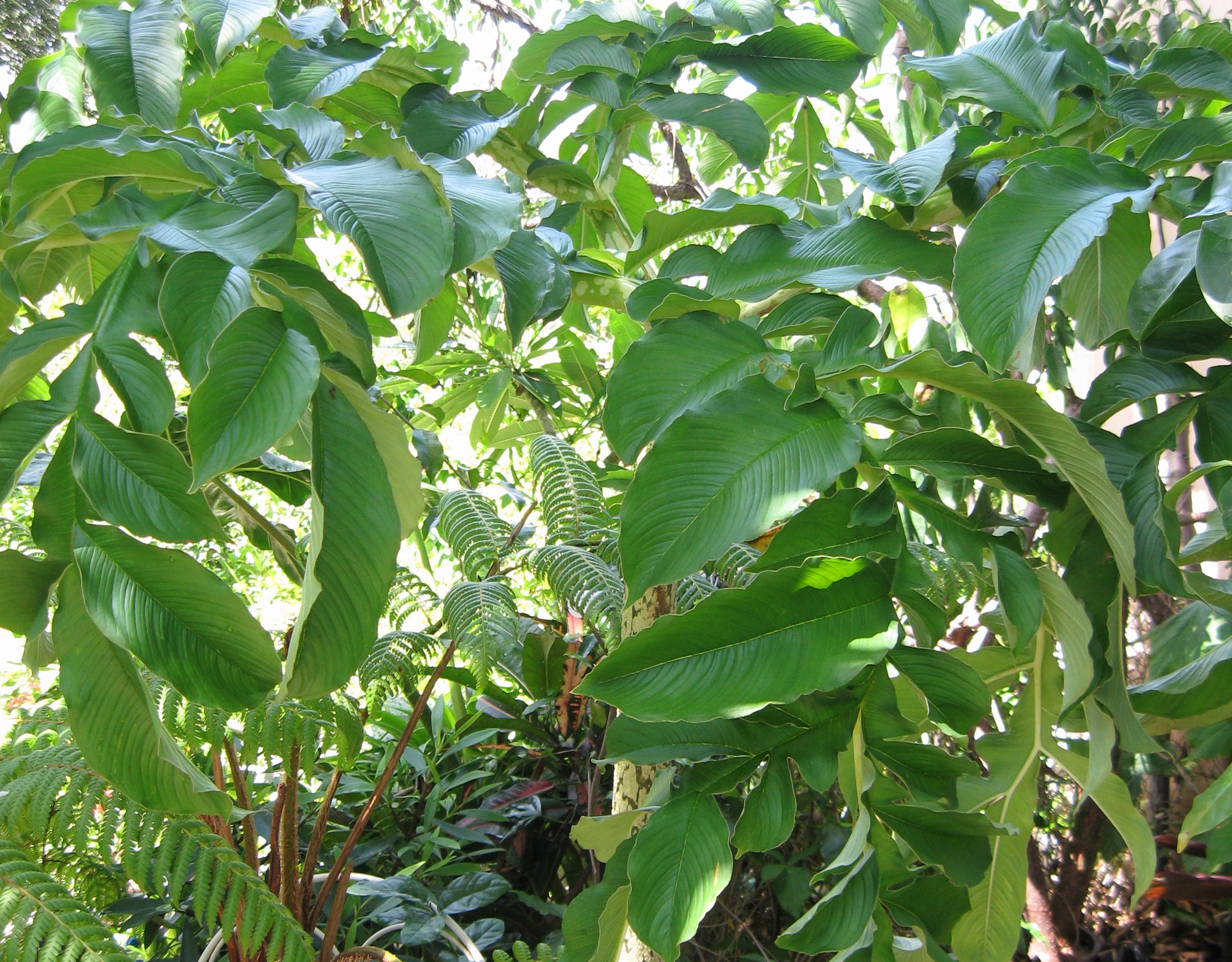 Medicinals are not the only tropicals that David McLean grows in his mile long rain forest like nursery in Davie, Florida.  It’s just that the plants he wanted to show me first were all medicinals.  Like African tropical oregano, beautiful variegated leaves.  The Australian tea tree, its oil used as an antibiotic during World War I.  Patchuli can be used as an aftershave.  There was allspice, a piece of which he gave me to propogate.  A coffee arabica tree with a vanilla vine growing through it.  Tilo – good for chest colds and headaches.  We tasted a flower from what looked like a ginger spike.  The flower was not the spike but rather a little like a portion of pomegrante without the seeds sticking out from the spike.  I choose the voodoo lily to take a picture of.  David knew I would.  It was not in bloom but when it is this “big stinky” smells like a big bowl of rotten soup.  Its purple flowers attract the flies.