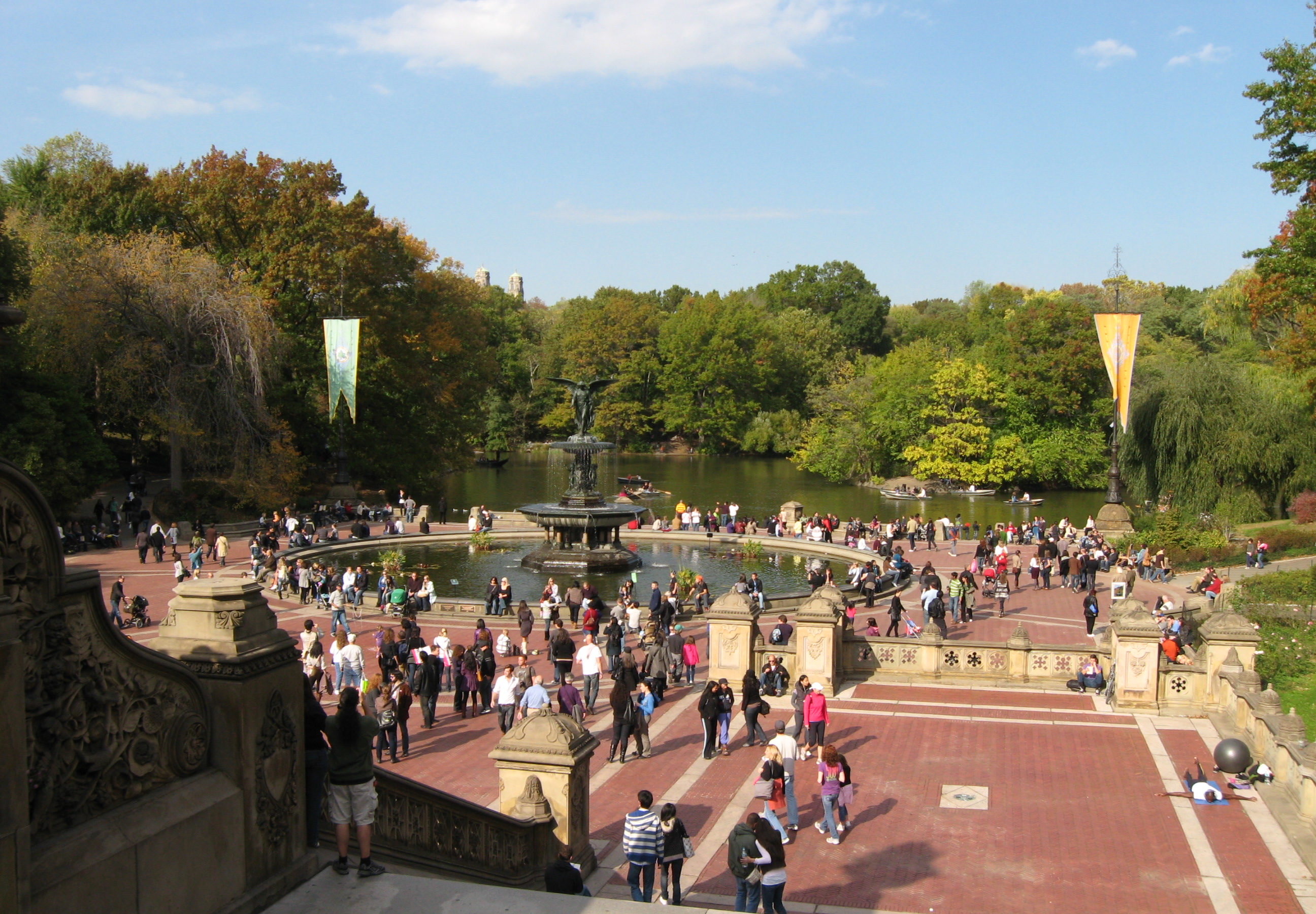 The Terrace and Staircase in Central Park, NY

Frederick Law Olmsted and Calvert Vaux, his partner, did not plan to have a structure in Central Park.  Structures were to be subservient to nature but they modified their original plan and built a terrace, the  central staircase that lead to the park’s only fountain, and a lake beyond. Jacob Wrey Mould was an assistant architect to Olmsted and Vaux.  Mould’s famous designs that ornamented the stairs, “the ‘foliated ramps,’ the carved, scrolled panels flanking the middle landing of each stair … were carved in situ,” as noted in Creating Central Park by Morrison H. Heckscher, published by the Metropolitan Museum of Art, New York, Yale University Press, New Haven and London, 2008.

"Spring" by Mould in Central Park

Mr. Heckscher references a quote that “on no public building in America has there yet been placed any sculpture so rich in design as this, or so exquisitely delicate in execution.”

Calvert Vaux stated, “The landscape is everything, the architecture nothing – til you get to the Terrace.  Here I would let the New Yorker feel the richest man in New York or elsewhere cannot spend freely … just for his lounge,” as noted in Creating Central Park.

This visitor was charmed by the timeless gaiety, the joie de vivre that Central Park evokes this day.