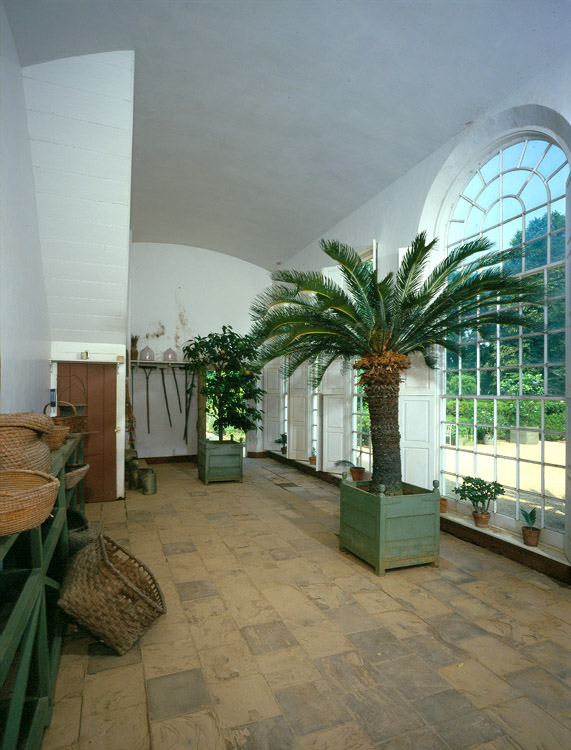 “George Washington was a statesman, agriculturist, but most of all, he was a farmer for 45 years of his life,” Dean Norton, Head Horticulturist at Mont Vernon, in Virginia, explained at a lecture given at Ladew Topiary Gardens in Monkton, Maryland.  “He believed that the land should be farmed with proper cultural practices and with respect and that the land should be passed from generation to generation.”  Norton continued, “Men of leisure had the ability to experiment for their failure did not mean their ruin.  What they learned from their failures could be taught to others.”

Washington had the best equipment of his time, mating a jack with a mare, an animal superior to an oxen, but to Washington’s dismay did not produce as much manure.  He realized that manure and other types of natural fertilizers were going to be the success of his farming efforts in order to bring fertility back to the soil.  Mount Vernon’s house has a dung repository which allows fresh manure to be composted before it is used as fertilizer on plants.

Washington’s unquenchable thirst for current land practices in England is evident in the lay-out of his beloved 500-acre estate.  He changed his design from the formal style to the naturalistic. The natural landscape encouraged the removal of straight lines and geometric patterns and adopted the curved line.  Within the new landscape he highlighted a bowling green, groves, serpentine avenues, vistas, and a deer park.  His formal, geometric designs surround the mansion while the lands further from the house follow a curved line as “nature’s gift, pastures, groves and wilderness,” Dean Norton illustrated.

Several aspects that were common during the formation of American colonial plantations incuded a ha-ha wall and a bowling green.  In 1787 Washington’s greenhouse was completed.  Martha Washington, George’s wife, was responsible for the kitchen garden including fruit trees espaliered to break the wind, beehives, and an array of vegetables.

Boxwood line the gardens of Mount Vernon, the Head Horticulturist Norton, explained.  The current cultivar being used was not bred to be resistant to disease, it just happens to have the ability to survive in a disease rich environment.  Also the disease only affects the English box.  The current cultivar has been bred to be resilient from the many diseases that plagued both the English and American varieties.

Mount Vernon fell on hard times until Anne Pamela Cunningham saved the historic property in 1853 and subsequently formed the Mount Vernon Ladies’ Association which operates the First President of the United States of America’s home.  During the Civil War, troops did not skirmish closer than a mile from the site to maintain its integrity.