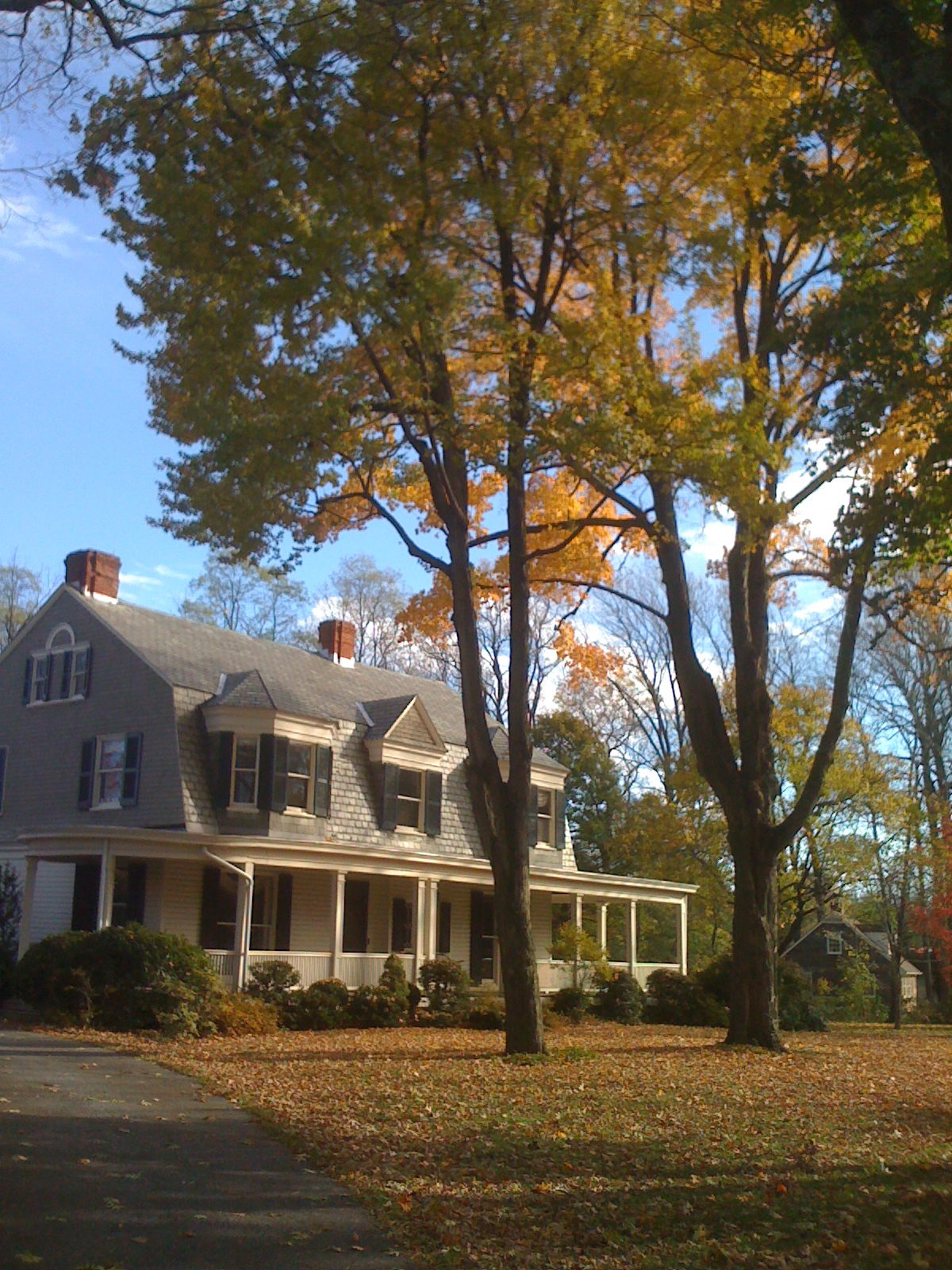 “No great city can long exist without great suburbs,” said Frederick Law Olmsted, Sr., the designer of Sudbrook Park, a suburb of Baltimore County, MD.  The 204 acre estate of James Howard McHenry was one of three still surviving residential designs of Olmsted Sr.’s, including Riverside in Chicago, IL and Druid Hill in Atlanta, GA.  To enter Sudbrook Park which was developed by a group of investors from Boston and Philadelphia beginning in the latter 1880s, one must cross a one lane bridge, noted Melanie D. Anson, who led us on a tour of the Park on behalf of the Friends of Maryland’s Olmsted Parks and Landscapes based in Baltimore along with Roger Katzenberg, AIA, both Sudbrook Park residents.

Olmsted trademarks evident in the design of the residential neighborhood include open green space and curving roads.  Lots for sale were a half to a whole acre in size.  Olmsted’s stepson/nephew, John L. Olmsted,  partnered with his father in the concept of the development – the green spaces were for the community to celebrate holidays, to gather.

Sudbrook Park became more of a summer “rental” community with a popular hotel, much to the dismay of the investors.    It was eight miles northwest of Baltimore City and the train fare was $1 from Union Station, a fare far more expensive than other suburban neighborhoods served by electric trolley lines with 5-cent fares, like Roland Park which home sales flourished.

Strong community efforts continue today to maintain the integrity of Olmsteds’ design.  Listed on the National Register of Historic Sites and Places, the residents successfully fought a state highway plan to cut through many of the parcels of land that are left intact.  Again, Sudbrook Park was successful in getting a below-ground rapid transit system through the community tunneled rather than built in an open-cut. Ironically the very tenants that Olmsted used in the development of Central Park, NY,  to divert transportation away from the pedestrian, worked again 100 years later.

Olmsted’s Sudbrook: The Making of a Community by Melanie D. Anson