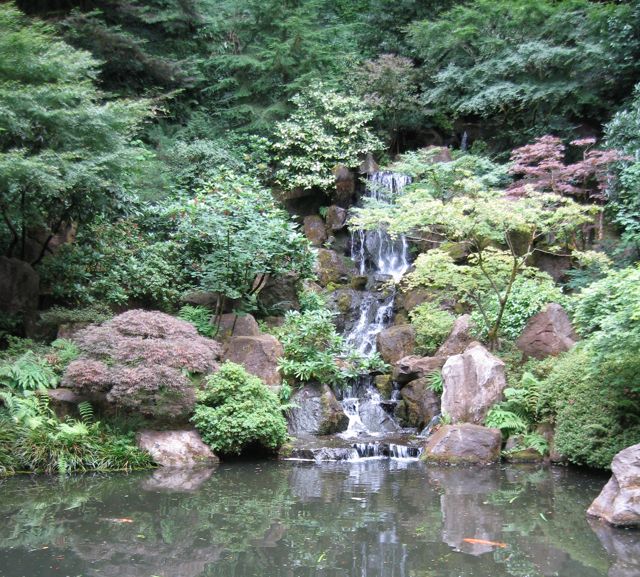 The Use of Stone and Water in the Garden, Portland Japanese Garden, Oregon

“Stone in the Garden: Inspiring Designs and Practical Projects,” a book written by Gordon Hayward, 2001, W.W. Norton & Company, shows the reader where sky meets the earth, stone and water.  “You can understand the logic of placing boulders and large rocks along a waterfall or stream (showing the Portland Japanese Garden waterfall as an example)….  Over time the action of the water would wash away soil, sand, gravel, and even smaller rocks, leaving behind only the large, immovable rocks.  To make a series of waterfalls convincing, then, they need to fall between or on boulders and large stones,” Mr. Hayward writes.

We had the good fortune of visiting the Portland Japanese Garden, proclaimed by His Excellency Nobuo Matsunaga, former Ambassador of Japan, to be “the most beautiful and authentic Japanese garden in the world outside of Japan” and look forward to learning more about the use of rocks and water as two primary components of the Japanese garden.