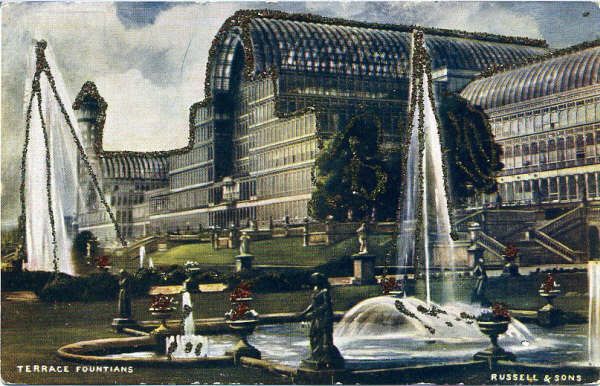 Crystal Palace was built in 1851 by Joseph Paxton for the Great Exhibition and was constructed in Hyde Park, London. The vaulted glass and iron structure influenced Pierre S. du Pont in the building of Longwood Gardens Conservatory. In 1854 the Crystal Palace was moved to south-east London. Over the years until 1936 when it was destroyed by fire, it was a venue for many types of events including horticultural shows and had an aquarium. The building was an important venue for music, in part because the vaulted roof enhanced the sound. Paxton’s work in the grounds was influenced by the Palace of Versailles and his engineering influenced the building of Crystal Palaces in Gothenburg, Sweden, Madrid, and Milan.
http://www.crystalpalacefoundation.org.uk/