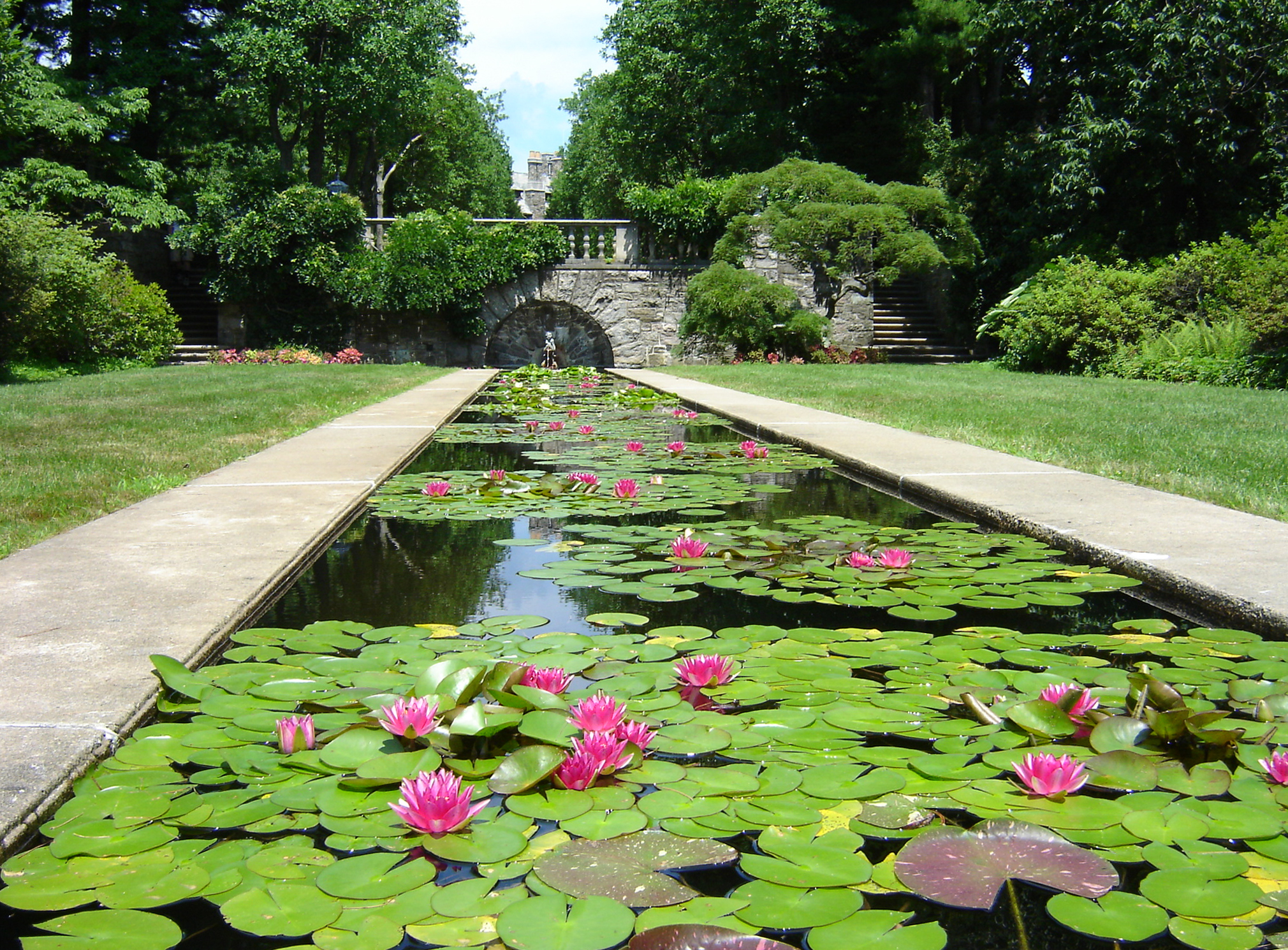 “Skylands,” the original home of Francis Lynde Stetson (1846-1920) who was a trustee of the New York Botanical Gardens (NYBG) was bought by Clarence McKenzie Lewis in 1922.  Lewis, also a trustee of the NYBG, engaged the landscape architects,  Feruccio Vitale and Alfred Geiffert to design the gardens of his 1,117 acre summer estate.

Most of the trees now framing the house were planted at that time, including the magnificent copper beeches. Lewis stressed symmetry, color, texture, form and fragrance in his gardens. He wanted to appeal to the senses. For thirty years, Lewis collected plants from all over the world and from New Jersey roadsides. The result is one of the finest collections of plants in the state. Lewis had over 60 gardeners working in peak seasons.

In 1966, New Jersey purchased the 1,117 acres of Skylands from Shelton College, which had used it as a campus and in March 1984, Governor Thomas Kean designated the central 96 acres surrounding the manor house as the New Jersey’s official botanical garden. It has been placed on the State and National Registers of Historic Places.