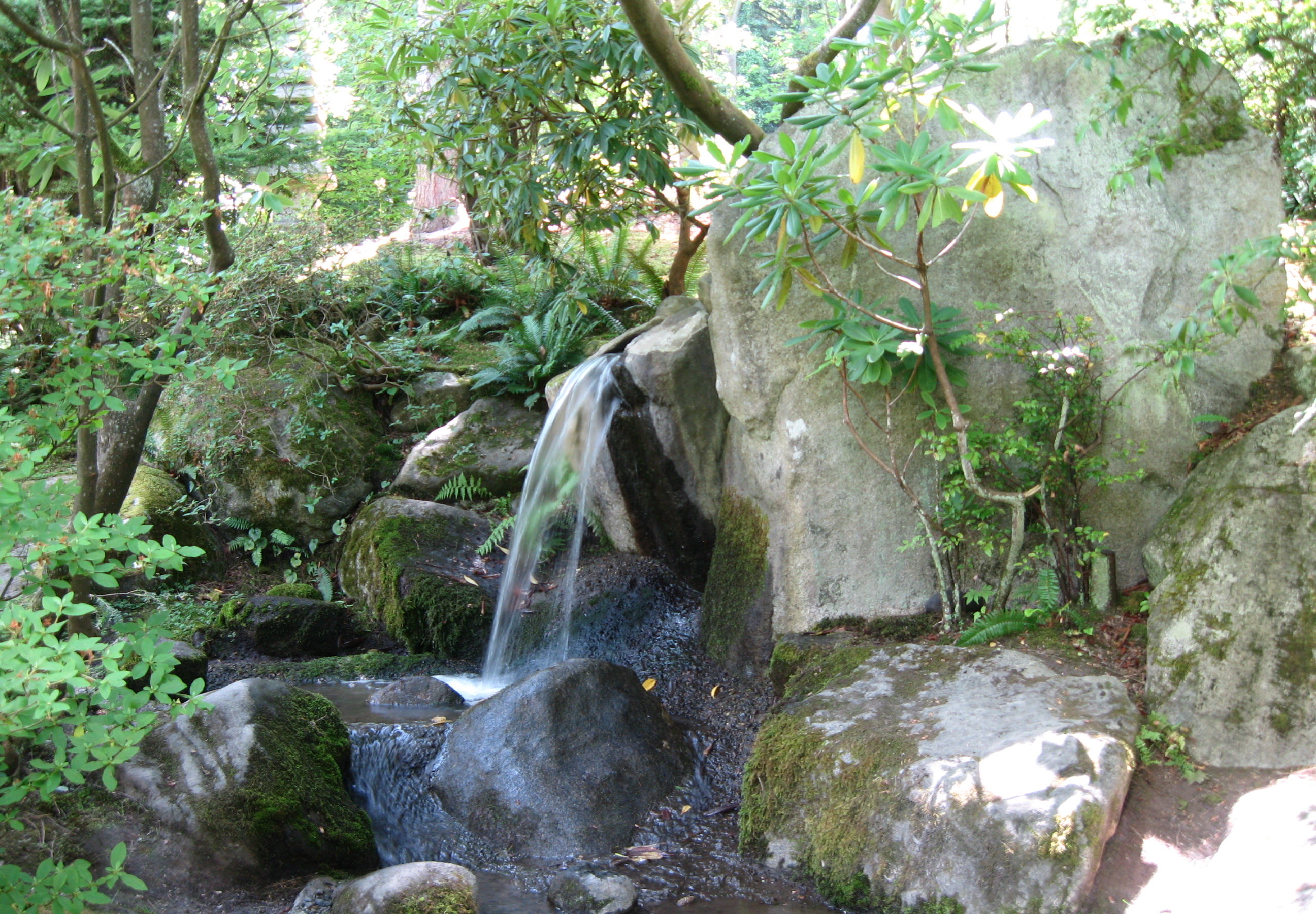 The Seattle Japanese Garden, located in the Arboretum adjacent to the University of Washington is celebrating its 50th anniversary this year.  The landscape architectural firm, the Olmsted Brothers, designed the Arboretum.  Soon thereafter a foundation conceived the idea to create a Japanese garden within the Arboretum.  Twenty some years later a large gift from an anonymous Foundation donor set in motion the hiring of Juki lida who employed six other prominent designers including K. Inoshita to draw 34 pages of blueprints for the 3 1/2 acres site.

Boulders from the Cascade Mountains were hand-picked and rolled in bamboo matting, their size ranging from 1,000 pounds to 11 tons, for Mr. lida to specifically place amongst the azaleas, rhododendrons and camellias in the Japanese Tea Garden. Its tea house, named “Shoseian” (Arbor of the Murmuring Pines) offers Chado, the art of tea presentations with advanced reservations.  A maple pruning workshop will be presented on August 28th by Barb Engram, landscape designer and consultant.