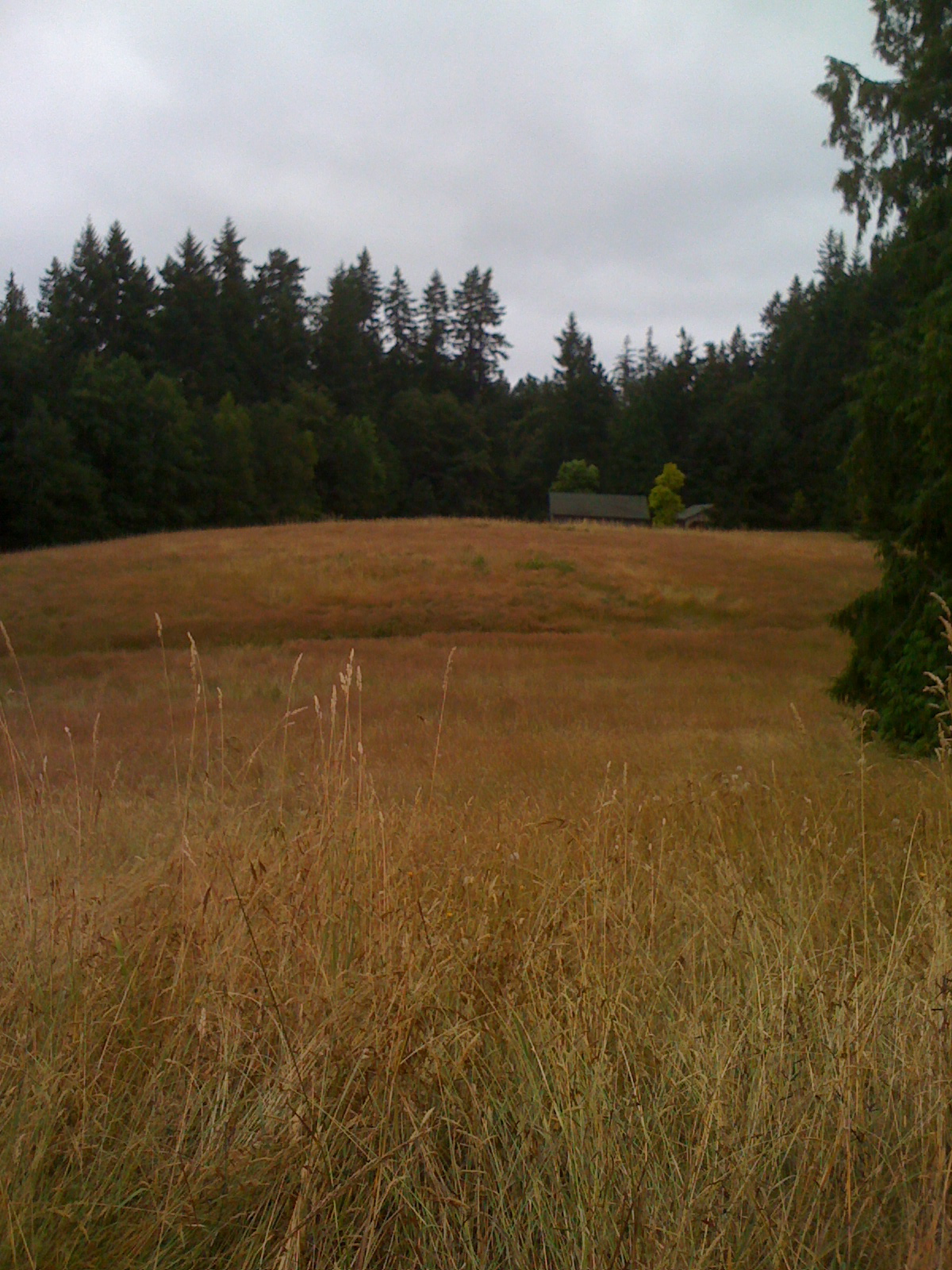 The pathways of Bloedel Reserve lead the visitor first through a meadow, then a forest, from forest to a marsh.  As you approach the grand home, the gardens are manicured, moss, Japanese, reflection pool, rhododendron garden and a bluff walk overlooking Port Madison Bay near Agate Point on Bainbridge Island, a 35 minute ferry ride from Seattle across the Puget Sound.  Prentice Bloedel designed the Reserve “to inspire and refresh” all the while experimenting with planting and conservation techniques under the guidance of several landscape architects.  The Collins purchased the property prior to the Bloedels and divided it amongst three family members. In 1932 J. Lister Holmes, a prominent Seattle architect, was commissioned by the Collins to build a French three- story villa overlooking the bluff as a year round residence.  100 years earlier the island had been occupied by the Soquamis Indians, land valuable for its timber.

Prentice and Virginia Bloedel, bought the property in 1951. The two  approached the land from different perspectives.  Virginia developed the Rhododendron Glen, the Ravine, the candelabra primulas, the ginger, cyclamen, oxalis and other wildflowers. (The Bloedel Reserve, Gardens in the Forest by Lawrence Kreisman, published by The Arbor Fund)  Prentice wanted ” to understand and explore and develop the land similar to an artist having a canvas.  He found this was a real opportunity that realized a lot of imagination and creativity in him.” (his daughter)

Virginia and Prentice explored the plant diversity with its own color and form.  They “discovered that there is grandeur in decay.” (University of Washington Arboretum Bulletin, 1980)  Mr. Bloedel charts the course of insight – respect for trees and plants replaces indifference.  He believed that in the Divine Order of things, man is part of nature, a nature that he can not do without.  These emotions compelled Mr. and Mrs. Bloedel to choose a path, a path which leads each visitor to the Reserve “to enjoy plants both arranged by man and as they arrange themselves – to broaden their world.” (University of Washington Arboretum Bulletin, 1980.)