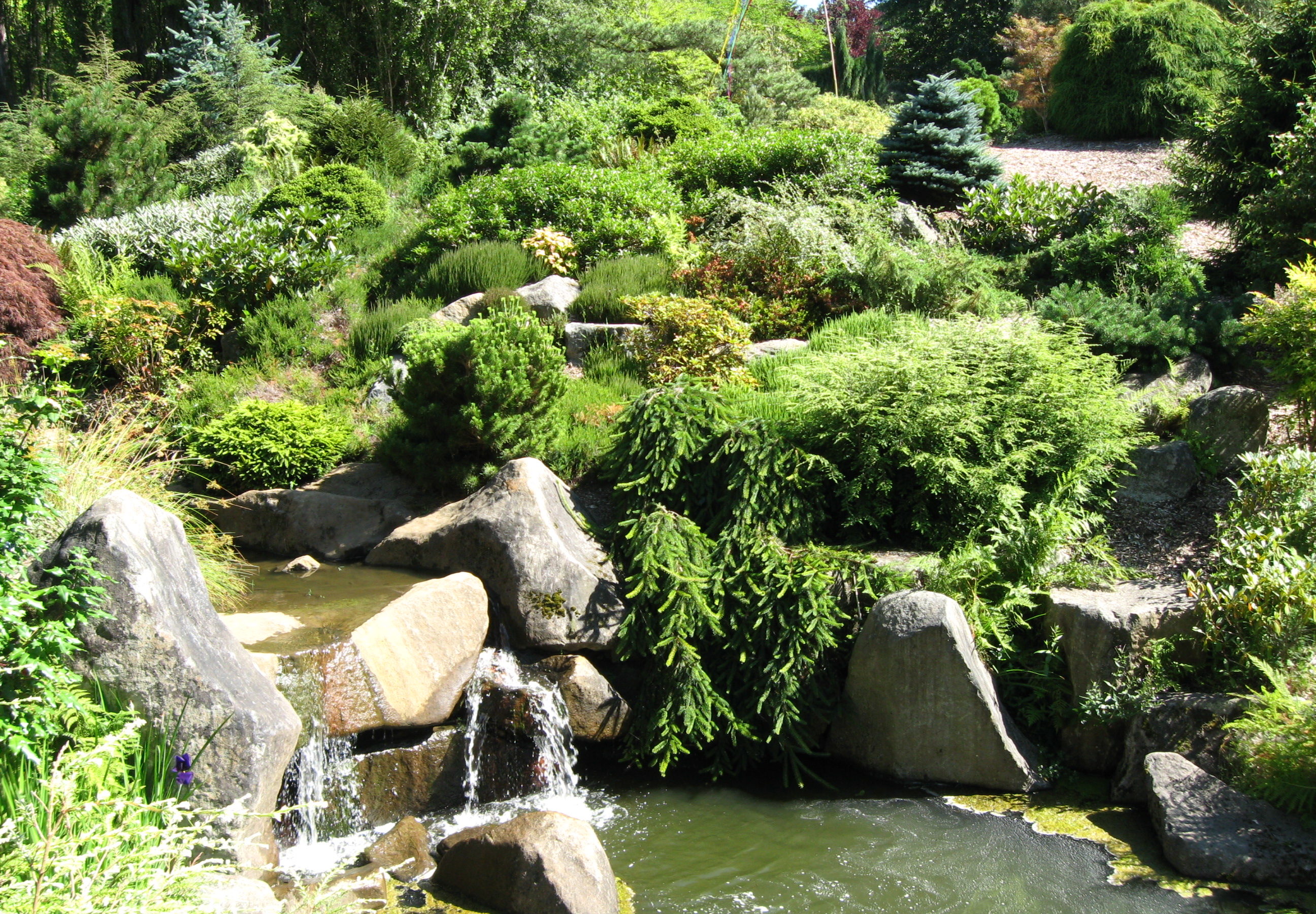 The Kubota Garden, a public five acre garden in a suburb of Seattle, Washington, was originally a family business begun in 1927 by a Japanese immigrant, Fujitaro Kubota.  Self-taught as a gardener, Kubota also designed the Japanese Garden in the Seattle Arboretum near the University of Washington and the Japanese Garden at Bloedel Reserve on Bainbridge Island.

For four years during World War II, the Kubota family was interred in Camp Minidoka, Idaho. After the war Fujitaro with his sons, Tak and Tom rebuilt the Kubato Garden.  Due to the introduction and building of respect of Japanese Gardening in the Northwest, Fujitaro Kubota was awarded the Fifth Class Order of the Sacred Treasure by the Japanese Government in 1972. Today his dream of public appreciation of his Japanese garden is realized.