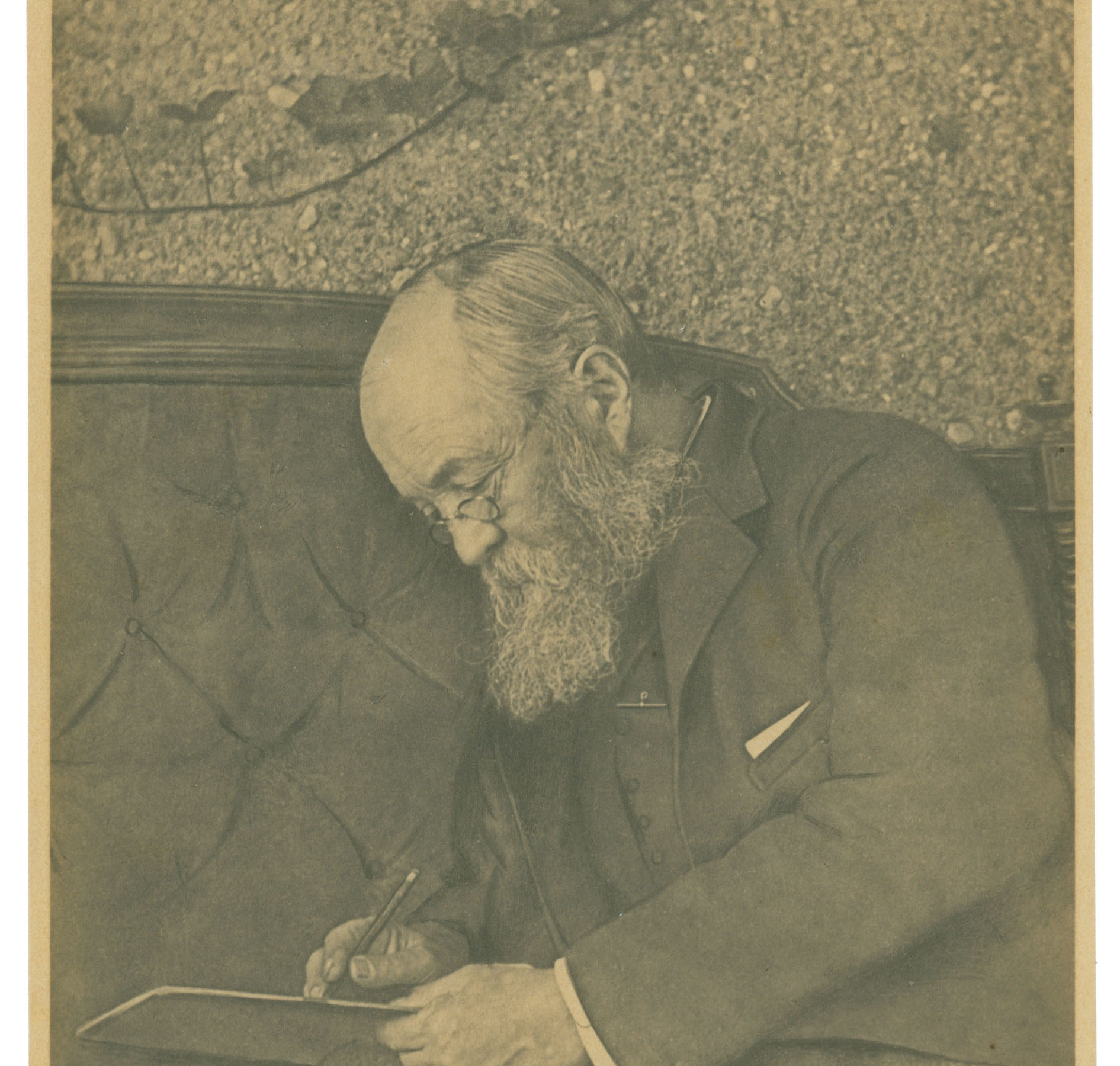 Frederick Law Olmsted’s Vision for a Forest at the Biltmore, Asheville, North Carolina

When George Vanderbilt decided to make Western North Carolina his home, the Biltmore Estate, he hired the founding father of American landscape architecture—Frederick Law Olmsted—to design the grounds. Olmsted’s vision for Biltmore included a small pleasure ground and garden, a major arboretum and nursery, and a systematically managed forest. A conservation-minded man, Olmsted felt creating a managed forest at Biltmore was important because it could serve as an example for the rest of the country.

The Birthplace of Forestry

Much of the land that Vanderbilt purchased for Biltmore had been cleared for farming and timber. Olmsted prepared instructions and trained foremen to improve the existing patches of woodland by removing poorly formed and damaged trees, thus giving the best trees more room to grow. He also began reforesting eroded and worn out farmland and by 1891 had planted 300 acres with white pine. He carefully documented his work, writing a report in 1889 titled “Project of Operations for Improving the Forest of Biltmore.” This may be one of the earliest forest management prescriptions in the United States.

Olmsted ensured the long-term success of the estate’s forestry program by persuading Vanderbilt to hire a trained forester named Gifford Pinchot in 1892. Pinchot implemented a unique management plan that included identifying tree species, growth conditions, and volumes of timber per acre and improving tree growth with selective thinning. The plan, which was designed to improve the forest while returning a profit to the landowner, was the first of its kind in America and served as a national model. Pinchot eventually left the estate for Washington, D.C. to head the Division of Forestry that later became the U.S. Forest Service. German forester Dr. Carl A. Schenck took charge of Biltmore’s forest in 1895,which at the time totaled over 100,000 acres. In 1898, he established the Biltmore Forest School—the first of its kind in the country. During its fifteen years of existence, the school educated more than 300 students, many of who served as the first generation of American foresters.

Edith Vanderbilt sold approximately 86,700 acres of the estate’s forested mountain land—known as Pisgah Forest—to the federal government on May 21, 1914, to form the beginning of Pisgah National Forest. In 1968, sixty-five hundred acres of Pisgah was designated as The Cradle of Forestry in America by an act of Congress and thousands now visit the restored Biltmore Forest School campus annually.

Today, Biltmore’s remaining forest continues to be managed under the guiding principles pioneered by Olmsted, Pinchot, and Schenck. Under the current comprehensive management plan, low impact harvest techniques using the selection system are employed to meet a number of objectives including ensuring a healthy and productive forest for the future; protecting soil and water resources, wildlife habitat, and aesthetic views; and recreational use.