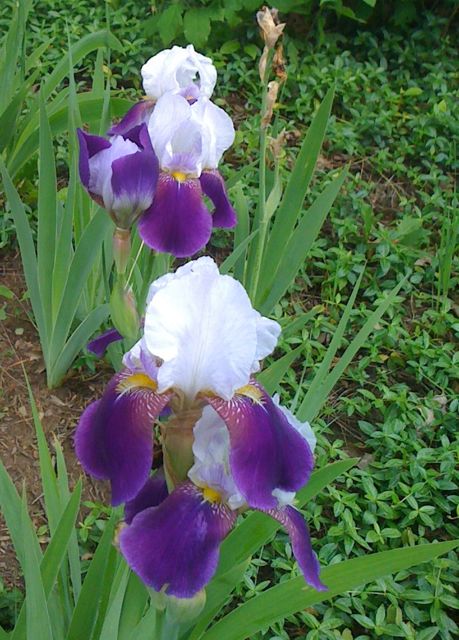 The American Iris Society’s (AIS) beginnings can be found on their website, www.irises.org/history.htm.  “The Founding of the AIS: A New York Story” includes this excerpt:

John C. Wister, a young landscape architect who played an important role in planning the AIS and became its first president, often said that America’s rebirth of interest in garden irises was attributable to Bertrand Farr’s work, specifically his importing a large collection of irises from England and issuing elegant illustrated commercial catalogs beginning in 1908, but most especially his sending an exhibition of irises, including some new ones he had raised from bee pods, to the Pan Pacific International Exposition in San Francisco in 1915, where the display received a Gold Medal and was seen by many visitors. Undoubtedly this is part of the story, although many other people were also working with irises in Europe and America well before 1915.

This year marks the 90th anniversary of the AIS.  The “Mad About Iris” convention will take place in Madison, Wisconsin May 31 to June 5th.