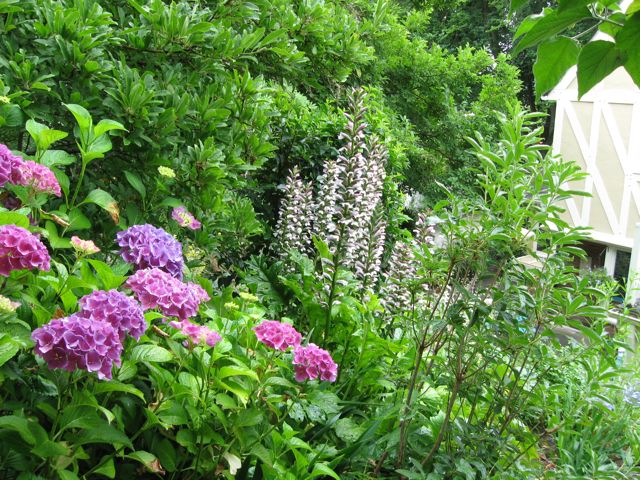 The story of the acanthus leaf as told by Princess Grace of Monaco in her book, “My Book of Flowers” goes like this…”The acanthus was a favored plant of the Greeks, and it grows freely on the Riviera.  When I look at its beautifully sculptured leaves and elegant flowers, I am reminded of the reason why it came to be used so much in Greek decorative arts.  The saying goes that a young girl of Corinth fell ill and died.  At her burial her nurse collected all her trinkets and jewelry and placed them in a basket near her tomb.  To save them from being harmed by the weather, she covered the basket with a tile and placed it on the ground over a root of acanthus.  With the coming of spring the sap rose and the dried roots began to produce leaves, which spread themselves from underneath the basket and then bent back again at the top by the corners of the tile.  It so happened that Callimachus, a sculptor, was delighted with the beauty of the curved leaves and stalks that he conceived the idea for the capital of the Corinthian column.  Whether this story is true, it is the kind of simple folklore that I like to believe.”  “My Book of Flowers”, as written by Princess Grace of Monaco with Gwen Royns, 1980.