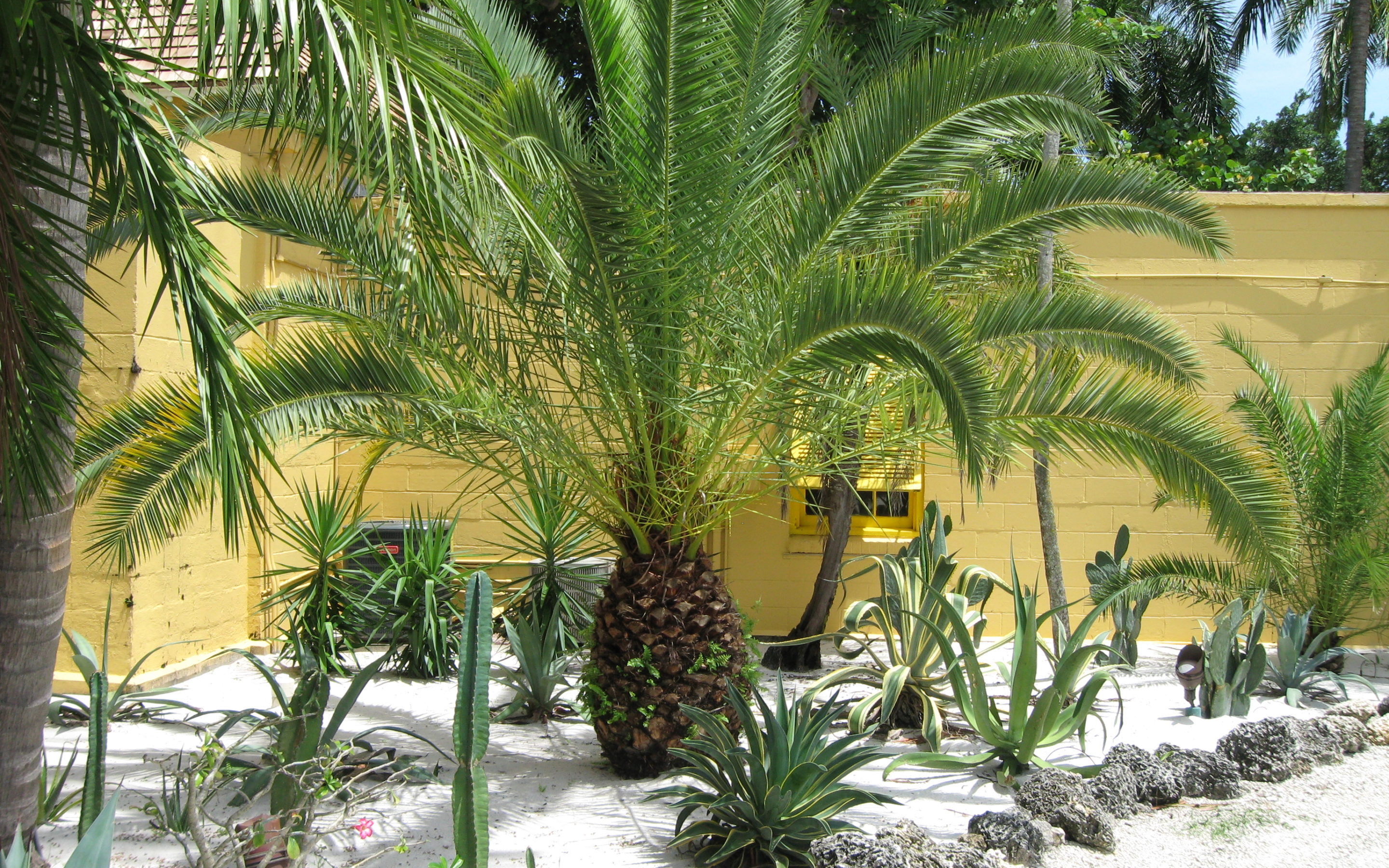 A Visit to the Bonnet House in Fort Lauderdale, Florida

The Bonnet House, named for the bonnet lily that grows there, is situated on a a barrier island in Fort Lauderdale, Florida. Mangroves on one side and the AIA (Ocean Boulevard),  public beaches and blue, blue, blue Atlantic Ocean on the other.  The plantation style house is built of cinderblock from the local sand and painted a salmon color.  Several gardens surround the house built in the 1920’s including orchids in screened houses – some of them dating to 1983 when Mrs. Evelyn Bartlett bequeathed the home to Florida Trust for Historic Preservation.  I was particularly drawn to the xeriscape garden, one that requires little care in the 90 degree sun.  The fact that this garden didn’t hold one flower made its lines stand out against the pure white sand.