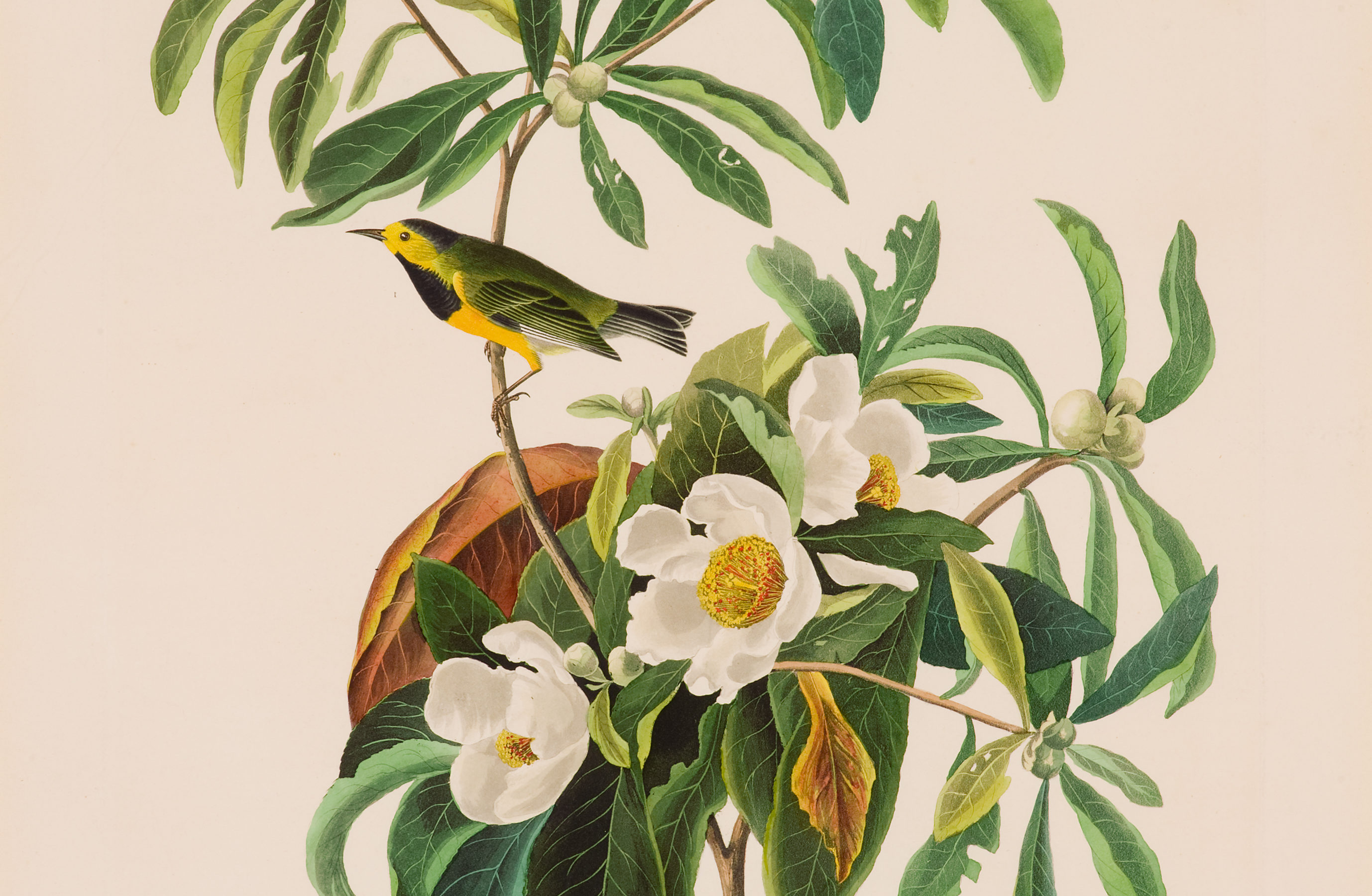 A spirit of exploration dominated the political and intellectual growth of the country in America’s early centuries, both before and after Independence. The primary form of exploration was the unremitting, conquering movement outward from Eastern ports into the far reaches of the continent. This military expansion had an intellectual corollary in the artists and naturalists who attempted to map their physical world and document in text and image the astonishing variety of flora and fauna native to their new country. The roles of artist and natural scientist were not then as distinct as they are today; many naturalists saw their work as art but also as a response to what one naturalist referred to as their “obligation to explore and comprehend the grand effect of creation.” They were children of the Enlightenment, believing that knowledge should be tested by observation in the field of nature, and that science was served by the application of an artist’s sensibilities and faculties for analysis and description.

As the 18th century gave way to the 19th, the rationality of the Enlightenment was increasingly challenged by a Romantic subjectivity. This change is clearly visible in the subjects American artists selected, from awe-inspiring natural wonders like the Natural Bridge in Virginia to the eerie moonlit landscape of Joshua Shaw’s Witch Duck Creek, site of a notorious witch “ducking,” or drowning. The artist-naturalists of the 18th and 19th centuries certainly accomplished one of their stated goals: to convince the Old World that, in the words of Shaw, “In no quarter of the globe are the majesty and loveliness of nature more strikingly conspicuous than in America.” This exhibition includes three plates from John James Audubon’s Birds of America, a painting and four prints by Joshua Shaw, paintings by Edward Hicks and David Johnson, and an early edition of Mark Catesby’s ornithological treatise.

Reynolda House is the restored 1917 mansion of Katherine and R.J. Reynolds and the centerpiece of the Reynolda Historic District in Winston-Salem, North Carolina. Reynolda Gardens reynoldagardens.org include formal gardens, greenhouses and woodland walking trails adjacent to the Wake Forest University Campus. This exhibit will coincide with the 18th Conference on Restoring Southern Gardens and Landscapes, to be held in Winston-Salem in September.  http://www.oldsalem.org/2011-landscape-conference