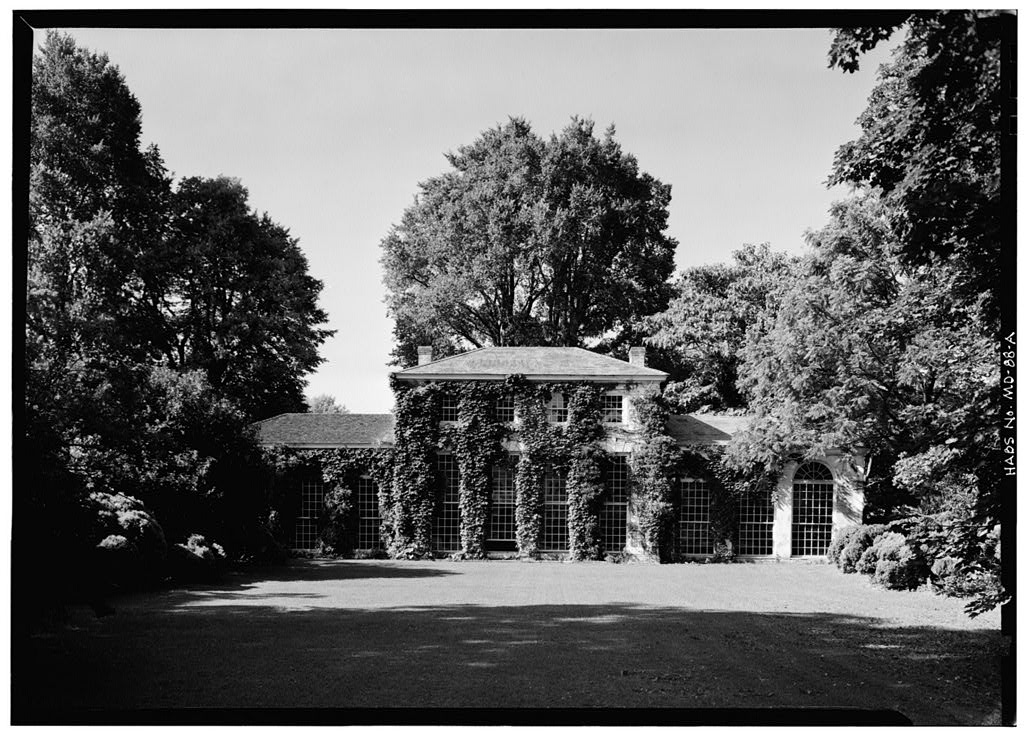 The historic finds from eight years of excavations at Wye House — one of the most important and well documented plantations in Maryland — will be on display for the first time in a major interpretive exhibition.  Joint Heritage at Wye House, co-curated by the Academy Art Museum in Easton, MD, and the University of Maryland, opens at the Museum on August 24, 2013 and continues through October 15.

Drawing on archaeological evidence from the slave quarters and from the historic Green House (later called the Orangery) at Wye House,  the exhibition contains a rare display of archival materials, household objects, books, recipe collections, maps, and artwork related to the slaves, workers and family  who lived and worked at Wye House for roughly 200 years.

Organized by Anke Van Wagenberg, Museum Curator, and visiting curators Mark P. Leone, Elizabeth F. Pruitt, Benjamin A. Skolnik, and Amanda Tang from the Department of Anthropology, University of Maryland College Park, Joint Heritage at Wye House explores the co-existing African and European cultures and their creations at the plantation in the 18th and 19th centuries.

The archaeology of Wye House spans eight years of excavations on slave quarters, slave industries, and buildings associated with the shipping of agricultural goods at the thriving plantation. The Lloyd family, founders and owners of Wye House, owned hundreds of slaves. A young Frederick Douglass (1818 – 1895) lived and worked at Wye House, and later reported he first learned there what it meant to be a slave. The exhibition concentrates on the culture made by Africans and African Americans on the property, including the combined work of the Lloyds and their enslaved Africans.

One section of the exhibition includes the history of Wye House, its structures, and people, including books on architecture. A second section focuses on excavation methods, materials excavated and interpretations of the objects, while a third interprets the Green House (later called the Orangery) and its archaeological data and meaning, derived from pollen grains, food remains, and thousands of broken dishes. The Green House interpretation explores farming, domesticating new plants, and a native pharmacopeia. The section of the exhibit on the population of Wye House introduces the lives of the Lloyd family, enslaved Africans, and the free people who worked with them after the Emancipation Proclamation, and includes a searchable database drawn from previously unavailable lists of slaves, including hundreds of full names.  The ability to fully identify the historical individuals who lived and worked the plantation is a rare and remarkable feature of the exhibition.   In a related vein, historical family cookbooks will trace the introduction of local ingredients and the influence of African-American cooks in the emergence of southern cuisine.

On September 26, 2013 at 6 p.m., the Academy Art Museum in Easton, MD, will present a lecture in its Kittredge-Wilson Speaker Series entitled, “The Archaeology of Time Telling at Wye House for Black and White Production: Floral Clocks, Time and the Greenhouse,” by Professor Mark P. Leone and Elizabeth F. Pruitt, Department of Anthropology, University of Maryland, College Park.  Pollen grains found in the rooms of the greenhouse at Wye show an array of over 100 plants used for food, medicine, and household chores. This lecture sees the greenhouse not as a decoration, not as an isolated building, but as the pivot around which the woods, bogs, fields, and gardens at Wye were made to predict time, like a clock. In addition to food and medicine, the array of flowers and leafy plants in the greenhouse and in the surrounding formal garden could have been used to tell the time of day similar to the manner of a floral clock. The whole purpose of a floral clock at Wye House would be to have an independent measure of time beyond the factory bell that sent slaves to the field and the overseers’ commands that kept people there on the owner’s clock.

The exhibition is made possible by the generous support of Richard and Beverly Tilghman, the University of Maryland, College Park and the Frederick Douglass Honor Society. Additional support was provided by The Historical Society of Talbot County and The Maryland Historical Society, who generously loaned materials, as well as Patrick Rogan for exhibition design. The exhibition is made possible by funding from the Maryland Humanities Council, Maryland State Arts Council, and Talbot County Arts Council. The Museum is located at 106 South St., Easton, MD, 21601. For further information, call 410-822-ARTS (2787) or visit www.academyartmuseum.org.

« Wickliffe, the Castle at Maryvale and Its Gardens by Carlisle Hashim
A Spring, Metasequoia and Under a Maple Tree, To Drink a Garden »