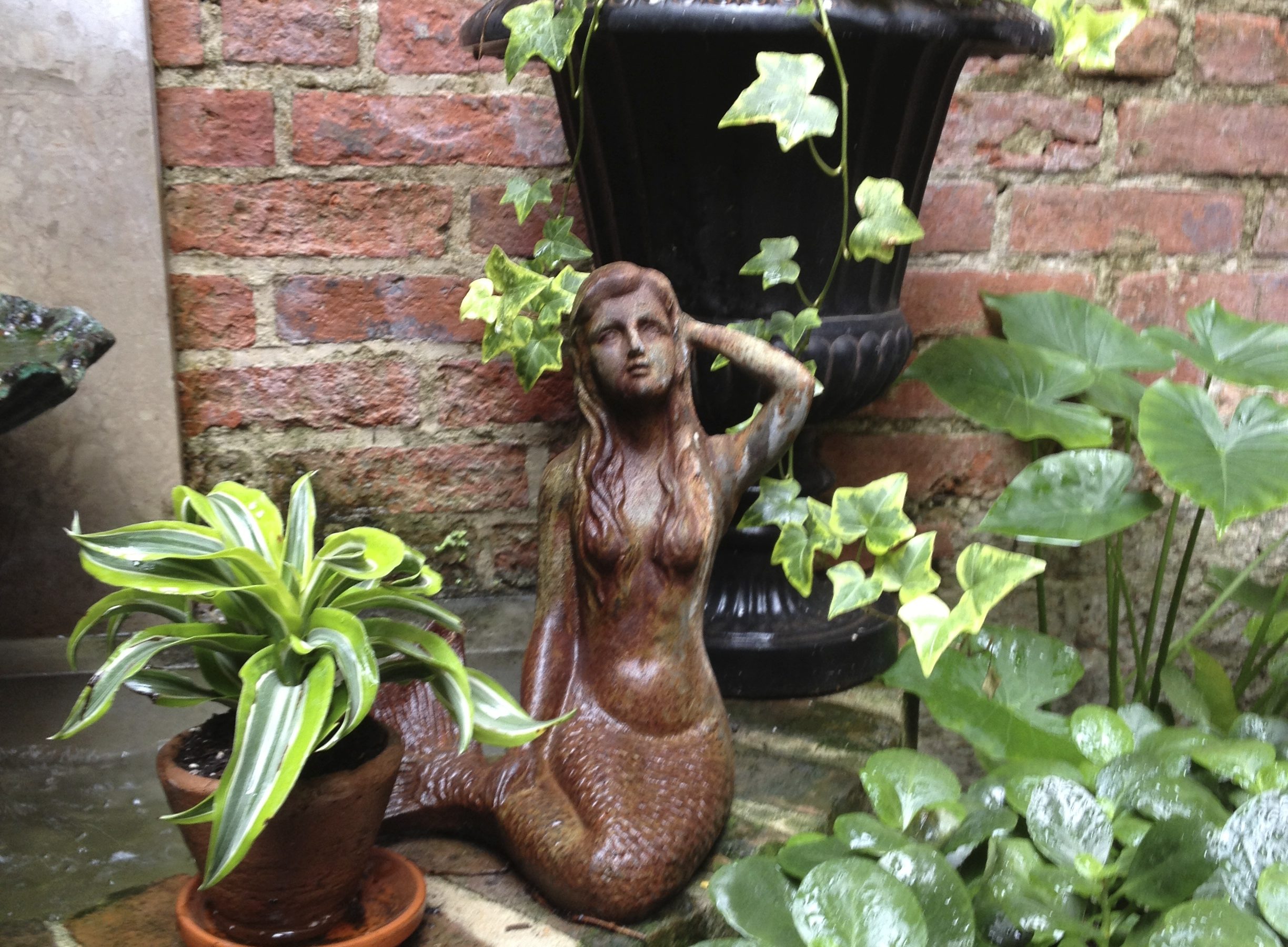 Gardens in the French Quarter of New Orleans are lush with tropical plants, walled enclosures with water, ironwork and hanging art.  It was such a treat to be in the city whose motto is “Laissez le Bon Temps Rouler” on the third weekend in October for a self-guided tour of seven gardens in New Orleans. “Secret Gardens of the Vieux Carre’ was hosted by the Patio Planters of the Vieux Carre’, a volunteer organization dedicated to the preservation and beautification of the French Quarter.  Formed by French Quarter residents as a garden club focused on sharing new plants, Patio Planters brought tropical and semi-tropical exotics to courtyards in the 1950’s.  Bromeliads and orchids grew with more traditional banana trees, oleander, althea and ginger.  Fig and other vines were espaliered on brick and masonry walls which replaced the last of the horizontal board fences from 1880.  Since 1946, Patio Planters has sponsored Caroling in Jackson Square in December.  All proceeds from the tour fund the Caroling event.

The first home we toured is a two and one-half brick townhouse with a detached kitchen built around 1830 for Francois Boisdore, a free man of color.  The ground floor has arched openings, each of which leads to a passageway, and the upper floor has square-headed openings.  The post-supported gallery has the original wrought iron balcony railing.