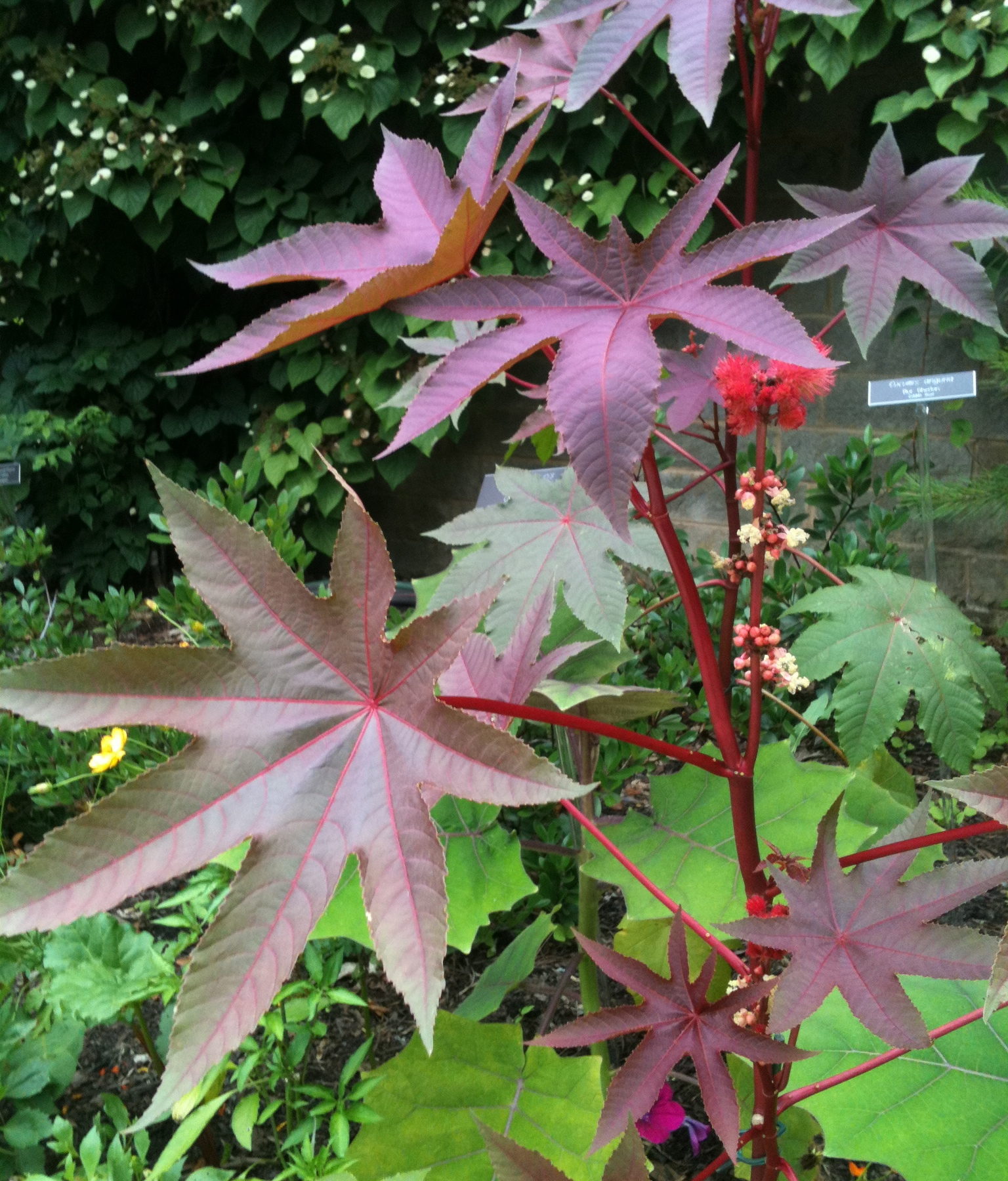 Schefflera actinophylla in My Garden

A garden friend gave me this small plant several years ago.  I didn’t know what it was and neither did she.  It came from her friend’s garden.  I planted it in full sun in the back of the garden so in the event I didn’t like it, no big deal.  It came up the following two years and then this year I must have dug it up by mistake to plant some nandina.

Well the year I took it away was the year I found it, Schefflera actinophylla at Brookside Garden in Wheaton, Maryland.  It greeted me at the door and called me by name.  Its two parts intrigued me, the  burgundy leaf color always an attraction.  But the discordant bright red ball seemed so odd.  Yes, in my garden it did.  Now in someone else’s garden it was more than okay.  It was fascinating.

I planted it in my holding tank (at least half of my garden is a holding tank!).  Now I learned from Wikipedia that Schefflera actinophylla grows to be a tree in tropical climates and can be very invasive.  My umbrella tree or octopus tree (its common names) rose about two and one/half feet in my garden with no volunteers to be found.  Its little red flowers contain a lot of nectar which attract honey-eating birds. My disruption of its unnative habitat would insure that the Musky Rat Kangaroos, Red-legged Pademelons, Spectacled Flying Foxes.[2]and the Bennett’s Tree-kangaroo (Dendrolagus bennettianus) would not be hiding in our bushes.