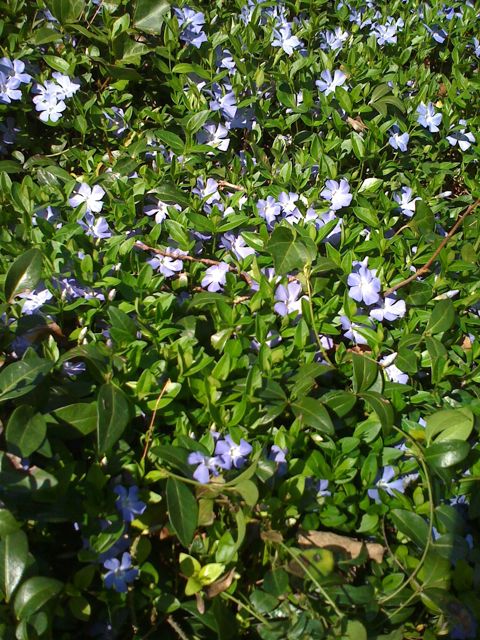 Periwinkle is groundcover that was used in Colonial Williamsburg.  It is evergreen and blooms in the spring (picture taken in Baltimore, Maryland. April, 2010) with blue or lavender, sometimes white flowers as written by Mr. Raymond L. Taylor in his book, “Plants of Colonial Days.” The name vinca perhaps came from vincere, “to conquer” which Mr. Taylor suggests means to crowd out. He goes on to state that Pliny mentions its cultivation in Rome in the 1st Century.  In 1771 Thomas Jefferson included this member of the dogbane family, Apocynaceae, in his plans for the improvement of his garden at Monticello.