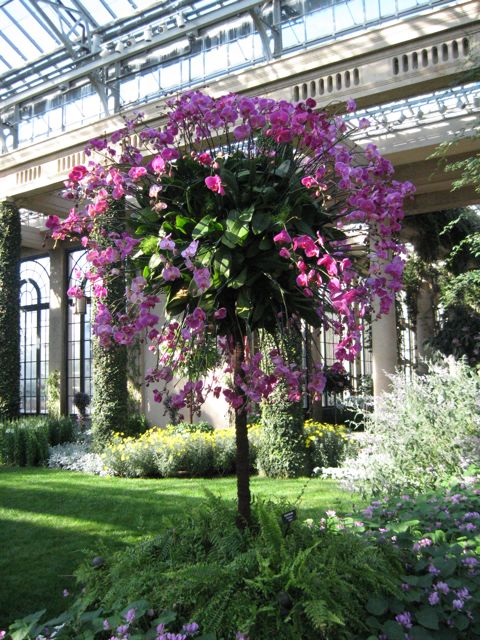 The Orangery with Miltonia and Phalaenopsis Topiaries

Pierre S. dePont (1870-1954) began building Longwood Gardens in the early 1900s. The Conservatory opened in 1921 and houses approximately 9,000 orchids which are rotated on a daily basis to display their utmost beauty. Mr. duPont was influenced by England/ Sydenham Crystal Palace, flora from the Caribbean and Hawaii as well the the turn of the century World Expositions. There are four acres of indoor gardens. Orchids in their glory are everywhere!
longwoodgardens.org