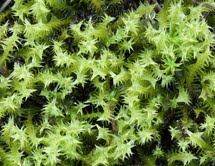 The Humboldt Field Research Institute developed from the reorganization of Eagle Hill Field Research Station during 1996. The Station was founded in 1981 as a tax exempt [501(c)(3), 509(a)(2)] nonprofit organization in order to provide advanced and professional-level field seminars in natural history. These widely acclaimed seminars, taught since 1987 by recognized regional, national, and international experts, have evolved over the years to cover an exceptional range of specialized subjects, including many that are not often taught at academic institutions, and including seminars on ecological restoration.

In 1993, Eagle Hill Field Research Station began publishing the Maine Naturalist, a quarterly peer-reviewed natural history science journal that featured original research articles, as well as general interest articles, field notes, and research summaries. In 1997, the journal expanded its geographical focus to cover the northeastern United States and Canada, and was renamed the Northeastern Naturalist. An interest in the merits and potential of a developing a parallel journal for the southeastern United States grew over the years among Institute alumni and faculty members and eventually led to the publication by the Institute of the Southeastern Naturalist in 2002.

Below are descriptions of two seminars taught this summer at Eagle Hill.

In this seminar, we will focus on the bryophytes of wetland habitats, especially bogs and fens.  Bogs and fens are characterized by the extensive accumulation of partially decomposed plant material, so-called peat, and are for that reason critically important in the global carbon budget and as determinants of global climate. Bogs are generally dominated by peatmosses (Sphagnum) whereas fens often have a high diversity of Sphagnum as well as other bryophytes, especially species in the moss family Amblystegiaceae.  Sphagnum differs from other mosses in virtually all aspects of their structure and life history.  Lectures in this course will focus on the morphology and diversity of peatmosses, evolution and phylogeny of Sphagnum species, and on the ecology of Sphagnum-dominated habitats.  Participants will have ample opportunities to develop skills needed to identify Sphagnum and other wetland bryophyte species in the field and laboratory.  Field trips will target peatlands with a diversity of Sphagnum species, but we will also collect and identify co-occurring mosses and liverworts so students can develop a thorough understanding of bryophyte diversity in wetland habitats.
Jon Shaw is a Professor of Biology at Duke University, Durham, NC.  He has worked on the systematics, genetics, and ecology of mosses for almost 30 years. He edited the 2001 book, Bryophyte Biology, recently updated in a second edition (2009).  He has collected mosses extensively in eastern and western North America, as well as in tropical and Southern Hemisphere regions. He is currently working on the systematics and evolution of peat mosses (Sphagnum).
Blanka Shaw is a Data Manager in the Duke University Cryptogamic Herbarium.  She received her Ph.D. in bryophyte systematics from Charles University in Prague, Czech Republic, on the moss genus Philonotis.  She has conducted extensive floristic and ecological work in Europe and North America. She is a co-author, with J. Shaw and Lewis Anderson, of a peat moss revision for the southeastern United States, expected to be in print in 2009.  She has substantial experience photographing mosses and liverworts in the field.
Another seminar that was taught this past summer….Mosses, Liverworts, and Hornworts with Dr. Nancy G. Slack

In this seminar, particpants will study mosses, Sphagnum mosses, liverworts and hornworts. Sessions will focus on field and laboratory identification, ecology and systematics.  A variety of habitats, including coniferous and deciduous forests, streams, bogs and sea cliffs will be investigated. Lectures and discussions will include rarity in bryophytes, the effects of climate change, epiphyte evolution, and the results of molecular studies. Participants should have some experience with plants and the use of keys.  It is intended for botanists who would like to use brypohytes in their field research and for those who would like to include bryophytes in their university studies.
Dr. Nancy G. Slack is Professor of Biology, the Sage Colleges (NY.) She conducts bryological workshops and is the author of Field Guide to the New England Alpine Summits and Adirondack Alpine summits, an Ecological Field Guide and has published exensively on bryophtye ecology,  bogs and fens and old growth forests.
http://www.eaglehill.us
Publishers of three science journals.
Northeastern Naturalist:
www.eaglehill.us/nena
Southeastern Naturalist:
www.eaglehill.us/sena
Journal of the North Atlantic:
www.eaglehill.us/jona
« Mad About Moss – The Simple Art of Moss Gardening
Sphagnum Peatland Management, The Canadian Spaghnum Peat Moss Association »