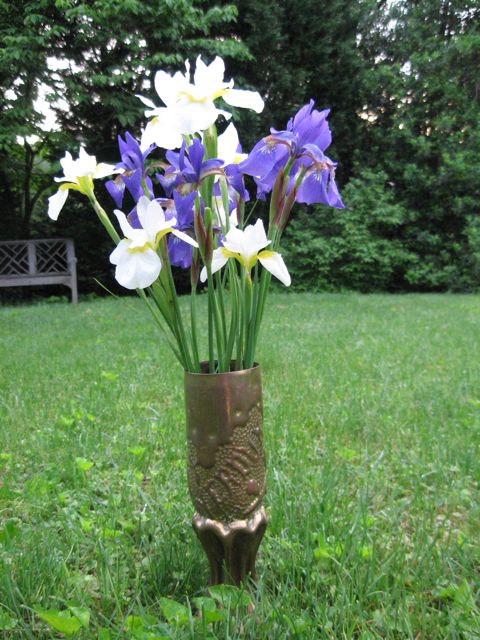 Met a wonderful woman this past week whose husband, a World War II veteran,  died the week before.  He was buried in a cemetery for veterans north of Baltimore.  She said that the family and friends were not allowed to go to the grave site to bid their final adieus.  Instead they had to watch from afar in the car as  his casket was taken away from them.

Here is a vase, a mortar shell, Trench Art, from the bloodiest battle of World War I, Verdun.