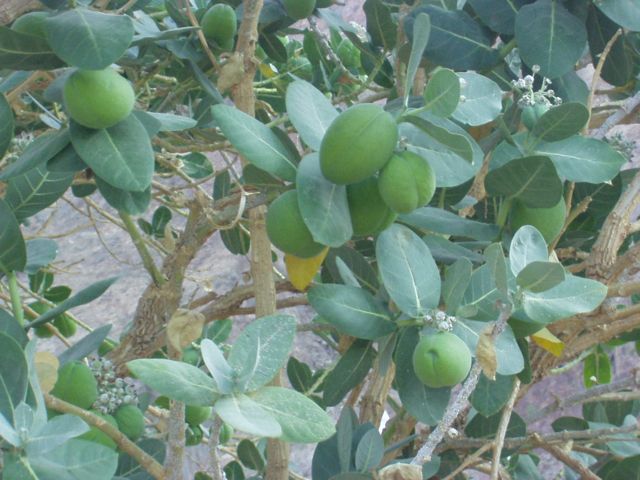 The treasure of wild medicinal plants of Egypt

St Katherine Protectorate is perhaps Egypt’s most picturesque national park. It encloses most of the mountainous area of central South Sinai, including the country’s highest mountain Gebel Katharina (2624m).

The park is a treasure trove of wild plants. Of the 375 flora species that have been recorded, 19 are endemic with no other records else in the world. Approximately 35 reptile species live within this unique high altitude ecosystem, many of which are endemic, including the Sinai banded snake and the Innes cobra. The 4,350 square kilometer natural park also supports many mammal species: rock hyrax, Nubian ibex, Dorcas gazelle, red fox, wild cats and hyenas.

When exploring the protectorate’s mountains and wadis you will probably spot a curious bird, the white-crowned black wheatear. The observant visitor may also see the colorful Sinai rose finch and the Tristam’s grackle. Far less common and much more difficult to locate is the recently discovered Sinai baton blue, the world`s smallest butterfly.

Mount Sinai, just south of the Monastery of St Katherine, is of great religious importance to Jews, Christians and Muslims. According to the Old Testament this is where Moses received the Ten Commandments.

Throughout the centuries the mountain has drawn thousands of pilgrims from all over the world. You can ascend to the summit (2285 m, 7497 ft) to experience the ultimate spiritual high; either by climbing some 4000 steps built by monks or by following an easier but longer path. Both lead to an open area known as Elija’s Basin where you walk up the remaining 750 steps to the top. At the summit you will find the Chapel of the Holy Trinity that was built in 1934 on the site of a much earlier chapel built in 363 AD. The climb takes about three hours but the view from the top is truly breathtaking, especially at sunrise.

It is an Egyptian national park. It encloses most of the mountainous area of central South Sinai, including the country’s highest mountain, Gebel Katharina (2641m, above sea level).

In 2002, a 640 km2 area demarcated by the ‘Ring Dyke’ within the Protectorate core has been listed by UNESCO as a World Heritage site. The listed area includes the highest mountains in the Protectorate, including Mt. Sinai and the Monastery of St. Katherine. In September 2001 a delegation from ICOMOS (International Council on Monuments and Sites) conducted a site review and the site and their recommendations are included in the listing memorandum. A site visit by IUCN, the administrative agency for Natural Sites, was conducted in December 2002. It is proposed that the site be re–designated as ‘An Associative Cultural Landscape’. World Heritage status brings higher protection and international oversight but will entail a more intensive management effort and full co-operation from local and national authorities.

It’s average for temperatures to cross 30°C in summer mid-days with a moderate climate at nights; meanwhile it is quite common for snow mountain peaks to be visible during winters with temperatures ranging between averages of 10:16°C during mid-days, during winter nights temperatures can normally drop below zero and reach -14C at the top of the mountains. Visitors are advised to dress appropriate warm clothing if they are climbing the touristic historic Mount Sinai at night particularly during winters.

This species above, A’warwr, plays a very important role in the Bedouins’ life: it is used to treat fresh wound injuries.  It grows in the stony wadis, so it is mostly found in Wadi Gebal and Gebel Serbal regions of the St. Katherine area.  It is considered a rare species.

2. To facilitate and strengthen the institutional capacity for Protectorate management and development in partnership with relevant institutions and local stakeholders.

3. The integration of the St. Katherine Protectorate management and development planning into the network of protected areas forming the South Sinai Management Sector.

4. The integration of the protectorate into the local development process and land use management system in order to assist sustainable local rural development.

This arid, mountain ecosystem supports a surprising biodiversity and a high proportion of plant endemics. Its high altitude ecosystem supports a surprising diversity of endangered wild flora and wildlife; some found nowhere else in the world. Around 472 plant species out of which115 of medicinal importance and 19 are endemic to Egypt. To date 27 mammal species have been recorded, 9 of which are bats. There are 46 reptile species, where 15 of which are found nowhere else in Egypt.

The Monastery of St. Katherine lies at the foot of the Gebel Musa, or Mount Moses, in the heart of the South Sinai. In 330 AD the mother of Emperor Constantine, Empress Helena, ordered the construction of a small church by Moses’ Burning Bush. It was called the Church of the Transfiguration. The fortified monastery we see today was built around this church during the reign of Emperor Justinian (527-565 AD).

In the 11th century the monastery was dedicated to St. Katherine of Alexandria, who had died in 310 AD. Her remains, reportedly found by monks on a mountain peak next to Mt Sinai, are buried in the monastery’s Basilica.

Fronted by gardens and cypress trees, the monastery is owned and run by the Greek Orthodox Church. Its rich library houses the world’s second largest collection of illuminated manuscripts after the Vatican. You can see the Burning Bush and a large number of antique works of art: invaluable icons, beautifully carved doors, exquisite wall paintings and other fine religious ornaments.

The Museum at St Katherine Monastery

In February 2002, within the monastery’s towering walls, one of the world’s finest and most unique collections of Christian artifacts has been made more accessible to the public. A small yet extraordinary nine-room museum, referred to as “The Sacred Sacristy“, was opened to display masterpieces of the highest artistic value.

Among the tastefully displayed exhibits are exquisite 6th century Byzantine icons, delicate 9th century manuscripts written in Syriac, rare Slavonic prayer books, including splendid objects of silver, gold, ivory and precious stones. Perhaps the most valued items on exhibit, presented in a special glass case, are pages from the Codex Sinaiticus, a 4th century version of the Bible that now rests in the British Museum.

Now you can see the Monastery’s coveted collection, while listening to gentle Byzantine hymns in an atmosphere of splendor and reverence. The museum is open from 9 to 12 am everyday except on Fridays, Sundays and religious holidays.

The protectorate is home to 7000 Egyptian Bedouin citizens from six different tribes who play a very vital role in managing the protectorate with their invaluable traditional knowledge about the area and its natural characteristics. Around the monastery you will find the Bedouins of the Gabalia tribe who have played a very important role in the building and protection of the monastery since they were brought from Macedonia for that particular purpose at the sixth century. Throughout the years the new comers became Bedouins with very close relations with the monks which proved mutually beneficial for the two sides.

• Respect the sanctity and the local heritage of the place while visiting.

• During your visit to the monastery act responsibly and wear decent cloth and encourage others to do so.

• Use the garbage pin or carry your garbage with you if necessary.

• Do not pollute water sources; water is scarce in this place.

• Do not paint on rocks.

• It’s prohibited to remove any object from the protected area including Rocks, Plants & Animals.

• Over collection of plants especially those of medicinal values

• Rising demand on building materials extracted from the Protectorate

• Marginalization of local community especially changing in their lifestyles