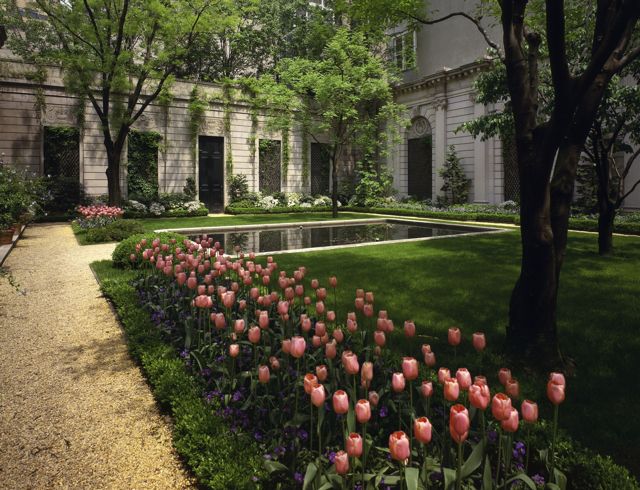 The Frick Museum: In 1913, construction began on Henry Frick’s New York mansion at Seventieth Street and Fifth Avenue. The house he erected cost $5,000,000. The firm of Carrère and Hastings designed the house to accommodate Mr. Frick’s paintings and other art objects. Even the earliest plans for the residence take into account Mr. Frick’s intention to leave his house and his art collection to the public, as he knew the Marquess of Hertford had done with his London mansion and comparable collection some years earlier.

After Mrs. Frick’s death in 1931, family and trustees of The Frick Collection began the transformation of the Fifth Avenue residence into a museum. Under the direction of The Frick Collection Organizing Director, Frederick Mortimer Clapp, construction and renovation at the Collection began. The Trustees commissioned John Russell Pope to make additions to the original house, including two galleries (the Oval Room and East Gallery), a combination lecture hall and music room, and the enclosed courtyard. In December 1935 The Frick Collection opened to the public. In 1977, a garden on Seventieth Street to the east of the Collection was designed by Russell Page, to be seen from the street and from the pavilion added at the same time to accommodate increasing attendance at the museum.