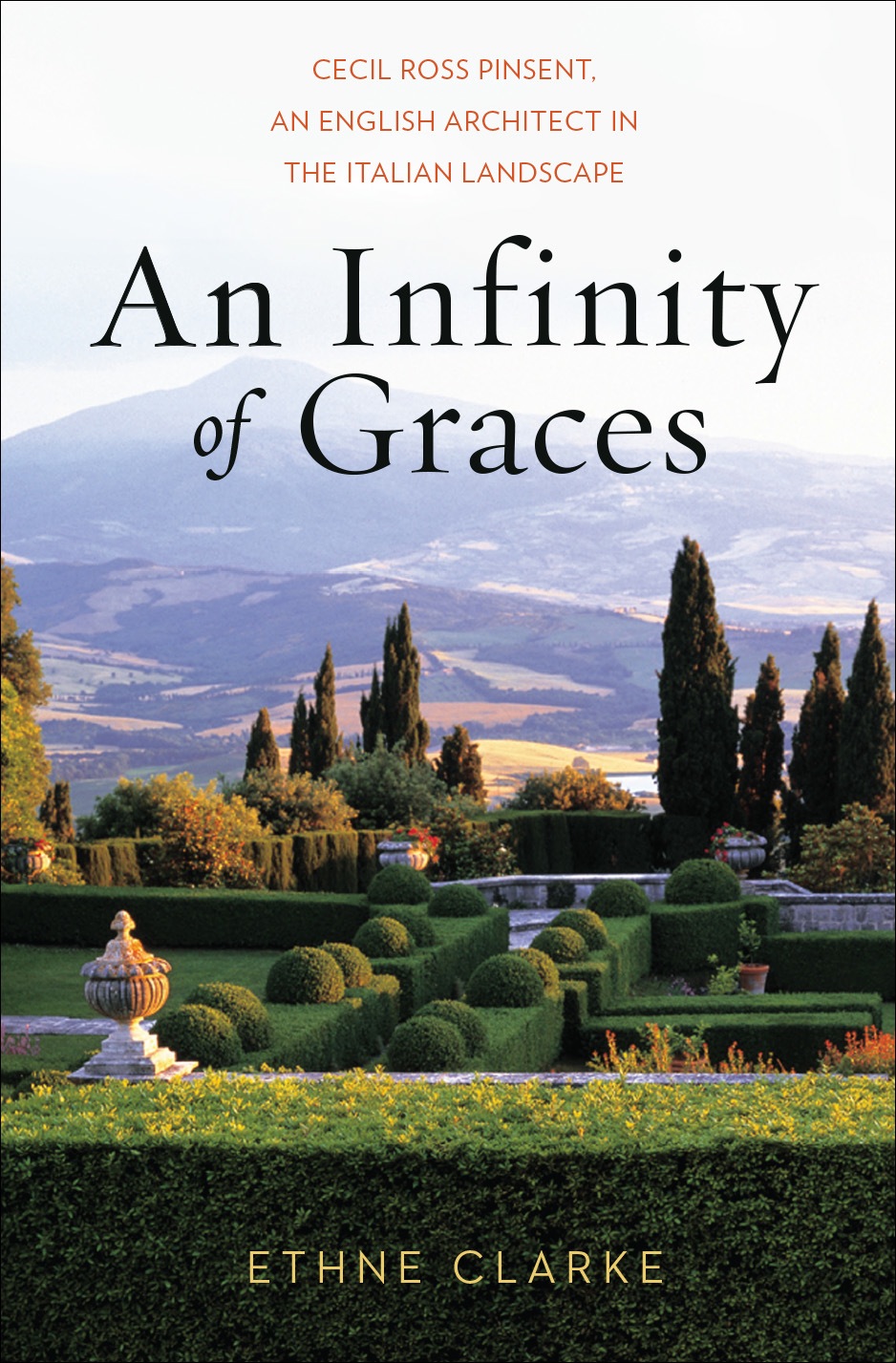 An Infinity of Graces, Cecil Ross Pinsent, An English Architect in the Italian Landscape

Ethne Clarke’s book, An Infinity of Graces tells the story of Cecil Ross Pinsent, an English architect in the Italian landscape. Mr Pinsent, as described by Ms. Clarke, “was trained not to look at any style…but with the full knowledge of what had been done in the past….”  The time of Mr. Pinsent’s work was a time of change in the theories of English gardening.  What ultimately became acceptable was the style forged by Gertrude Jekyll and Edwin Lutyens, a style with some formality mixed with informality.

Pinsent left England, drawn to Florence, Italy, for its architecture and the expatriate world who lived there Ms. Clarke writes.  She continues that the Italian Renaissance garden was a template for perfection in the landscape.  Pinsent was an architect.  He was hired to renovated both indoor and out.  He treated the outdoors as an extension of the house, the garden separated into different rooms.  The beds were simple and cypress was often used to frame a view, the author writes.  Potted citrus or roses were used as transition points. His commissioned work included: I Tatti for Mary and George Berenson, Le Balze for Charles Augustus Strong, and Gli Scafari for Sybil and Percy Lubbock.

Poignantly Ethne Clarke ends An Infinity of Graces by writing, “an insertion of architecture within Tuscan landscape was not a matter of camouflage but a continuous relation with history of landscape.”