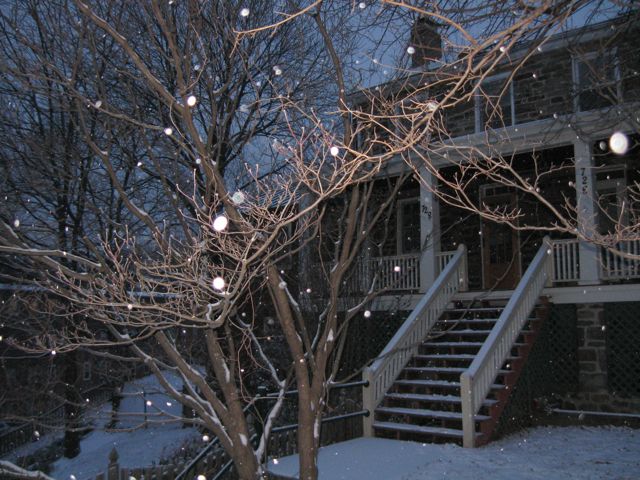 He delivered a rose. Actually a dozen of them. She was the employee of the month, a new thing to promote the morale in the cloth factory. At least that was the obvious reason she was so honored. But did the boss, Henry, who lorded over the plank floors really ignore her red wavy hair and thin waist as he passed by. When she arrived at work that morning at 7:00 am they were there waiting for her. Yellow roses with pink tips. There was a card with “Congratulations” written in proper form.

Jeffrey watched each day as Mae’s roses withered. They actually took on a life of their own. He cherished them for he saw them in the hands of his blossoming love, Laura, the boss’s youngest daughter. Each day Laura would come to work to bring her father his lunch pail. Her long tresses smelled of lavender as she passed him by. He longed for her but how would a son whose father worked in the engine room be in a position to talk to the boss’s daughter, let alone look at her.

Two weeks went by. The roses were finally dry and thrown into the waste. The young girls on the assembly line knew he wanted them and also knew why. When the gas lights were extinguished he crept back into the factory to retrieve the roses. Four were there. Could it be that others thought the two week old roses had a beauty of their own. That night the boy from the brick house on the lower side of the factory silently walked through the snow leaving his tracks behind as he placed the four roses tied with a remnant from the factory floor at the steps of the stone house, the boss’s house above the factory door.

He Gave the Roses Left